I was never going to be as fit as Jock. Not even with gym muscles. I was unlikely ever to confront a guy with an axe when I had nothing in my pockets but hands. No one would ever tell awed stories behind my back.

But there was another difference between me and Jock. He cared about the probation service, and he was in the only job he could imagine doing.

But I only worried about Anna, and Lance, and even the likes of Dwane, though Dwane was psychotically violent at unpredictable intervals and no brighter than a plate of cat food. But I didn’t worry much about the probation service.

I could imagine our offices closing and a computer firm or a travel company moving in. So long as someone was still working to keep most of the clients out of trouble and out of jail, I didn’t care where they were based. I could easily imagine doing something else, somewhere else, for a living.

The state of California would still need Jock and his colleagues. But to Jock the probation service had a tradition he cared about, and it was part of his home and part of him.

So he sat silent and grim beside me. Finally he said, “All right. You can talk through your issues with your clients. At the meeting.” 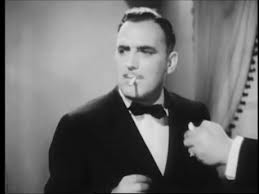 “But don’t waste anyone’s time. And remember I’ll be keeping an eye on you, and so will the Chief. And so will any people he takes into this meeting. Say as little as possible, and don’t you ever take them for fools. If you fuck anybody round, and that includes me, you bumptious little wanker, there’ll be consequences.”