Svitlana and I couldn’t last. She wasn’t willing to be seen in public with me. That was mostly because some of the local dykes wouldn’t like it, and they could make life difficult in a small circle that Svitlana didn’t actually want to leave.

But it was also because of her own reservations: I was fine, but I was only a holiday. It was too easy to get classified as heterosexual if you get seen dating someone from the opposite sex. Svitlana wanted to get back to the local dyke community. It wasn’t really the kindest social circle I’d ever known, and she knew that. But it was hers, and it was where she was going to find her next serious love. 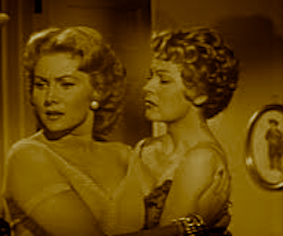 After a while she started seeing more of another new girl in the local scene. Svitlana and I still met, but I spent my time listening to angst about whether the other girl really liked her, and giving encouragement and advice. She stopped staying the night.

Eventually she moved in with the other girl and her visits stopped entirely. I think I was a bad secret now, a shameful one.

I didn’t mind being cast out. I liked Svitlana, and she had to be who she wanted to be, and the odds were against her. She had to write me out of her history. Later I’d sometimes meet the two of them at parties. I was friendly, an old friend, but I was discreet. I don’t think Svitlana ever talked about me. Eventually, even with mutual affection and respect, we really did become the strangers we pretended to be.

But before that had happened, she had one more surprise for me.