Svitlana looked at the spoon for a second. In her country men didn’t greet women at the door, offering to spoon ice cream into them. They didn’t in mine, either. I’d guessed that the nerdiness wouldn’t hurt my case, and the enthusiasm I was displaying would help it. Svitlana frowned. She might have been making similar calculations. 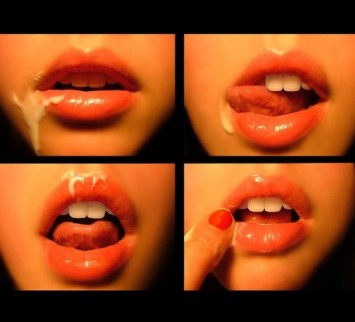 But after a couple of seconds she opened her mouth, expectant, like a child about to be fed. She tried to look solemn, so we were playing a game. She allowed me to put the spoon into her mouth and rest it on her tongue.

She licked the ice cream off and swallowed, and I realised that I’d chosen a more explicitly sexual gesture than I’d intended.

She saw me frown while I watched her but she misunderstood what I was worried about.

I offered another spoonful. She giggled again, a shorter version this time. “You’re silly! You’re a ridiculous man!” This was a good thing to be. She spoke with high-pitched excitement, like someone recognising their hangman as a fellow Freemason.

Then she put her hand on my shirt and pushed me back into the room. She followed and closed the door behind her. As though she was being followed. She said, “Sorry – ” she hunted for my name – “Jaime?” I nodded. “I don’t want Mayne and Barbs to know I’ve come here. They think I’ve gone home.”

“And they don’t know you’re this sort of girl.” I wasn’t sure what sort of girl was meant since Mayne and Barbs, the friends she’d come with, were capable of disapproving of Svitlana being here for multiple reasons. If we had sex it would be frivolous sex, furthering no cause, it would be sex with a man, and – worse – it would be sex with an anarchist, as I then was. There were other problems, including that my status as a dom wasn’t a terribly well guarded secret, and they could speak for hours, using paragraphs and footnotes, of their disapproval of bdsm.

But whatever sort of girl Svitlana was, she was the girl I wanted in my bed that night. I put the ice cream down and my hands on the back of her hips and drew her in. So Svitlana was inside my front room and hidden from all sight but mine, and she was being held by someone with no breasts and his hips held awkwardly to conceal a developing erection, and whose face was rough with late-night stubble.

But we held the kiss and turned it around, inspecting it from various sides, and when I felt her body relax against mine, I let my hands slide from her hips to her arse, which was cool, firm and irresistibly woman-shaped. She frowned at me, not sure to object that I was taking liberties. I said, “Ahhhh, that’s better,” to show that while I was indeed interested in her ass, I wasn’t trying to be remotely smooth about it.