Raylene had turned her head to see what all that silence behind her was about. It probably seemed unfair that I was rubbing Dorabella’s ass and not hers. She was the star this morning, after all. I took a step forward and rubbed, squeezed, fondled and stroked Raylene as well, left-handed, while still keeping my right hand on Dorabella. A sister’s ass in each hand. That was interesting, tactilely and socially.

Raylene laughed. “Your face! You’re in heaven, aren’t you?” 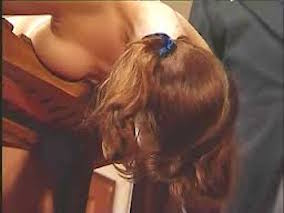 I grinned back at her. She was right, of course. But I made my voice sound angry. “Raylene, did I tell you to look down at the floor?”

“Oh! I’m sorry, master.” She bent her neck, and her face dropped out of sight.

I smacked her bottom, still not very hard, and picked up the lighter cane again, tapping her ass with it. “Do you think you should get extra strokes?”

There was a moment’s silence. Followed by another moment. With no sound. Eventually, Raylene said, subdued, “Yes, I’m sure I should.”

She didn’t say “master” that one time. But she did like the word. I wondered where it had come from. I was sure she’d never had a master before, or even played much beyond getting an unenthusiastic spanking from some boy who wasn’t into it. Maybe it was something she’d read. But I couldn’t think what it would be. The Master and Marguerita? Hardly. I’d have to ask her. In the meantime, I’d been drafted into the role. And, looking at Raylene, it was impossible to regret this. 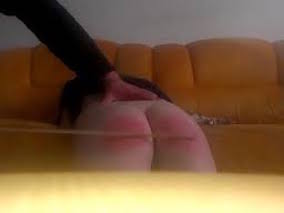 Dorabella moved, a little shocked by those numbers. But she didn’t move away from me. I still held her ass, and I didn’t let her go: just squeezed reassuringly. Raylene said, “Yes, sir. Sorry! I mean, yes master.”

“And that’s not a punishment, Raylene. That’s just a warning. Disobey me again, and I’ll double it. Twenty-six strokes with each cane.”

And Dorabella said, “Oh.” Numbers again. I patted her ass lightly. Unthreateningly. But otherwise I ignored her, for now.