Today I finished the third draft of my third non-erotic novel, that’ll come out under another name, and sent it to beta-readers.

I’m going to start my new novel, also non-erotic, and VERY FUCKING LITERARY, the day after Boxing Day. It’s going to be:

Usually I’ll say I’m quite a good second-rate writer, but there’s a fire burning in me to make something important that might outlive me. This next thing is my claim, the serious theme approached in an entertaining game-playing way, to being a writer you have to pay attention to.

Anyway, I’m writing this drunk on post-victory champagne, so in vino equus cacas. 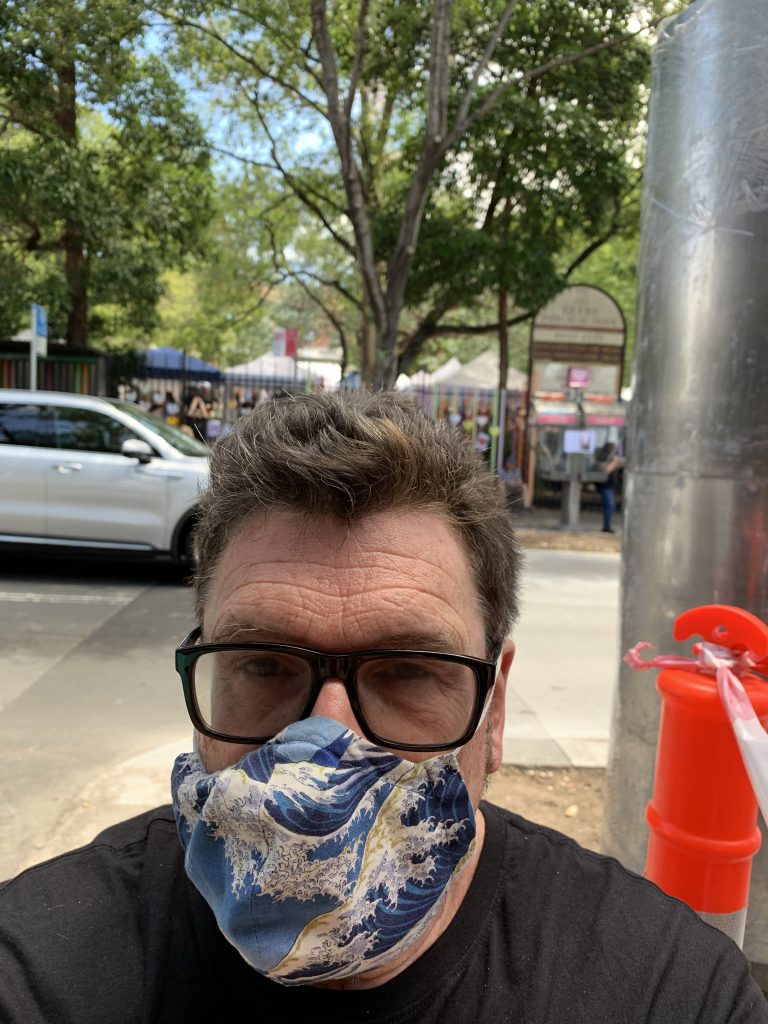 Larvatus prodeo. (I advance masked.) Terribly wanky thing to say, but I live and move forward, when I can, masked.

2021 has been one of the most productive years of my life. It’s also been one of the least happy. The truth is that I’ve been sleeping alone for most of this year, and that is not at all my natural condition. But the pandemic makes it hard to have casual sex, let alone to find a live-in lover.

So I’ve spent a lot of this year lonely. I have a lot of control over my emotions, so I don’t feel how miserable I know that, objectively, I must be. I’m not letting that in.

I’ve been neglecting Jaime Mortimer, the person and persona a bit lately, because the Other Guy is busy being a Great Artist. I’ll fix that in 2022, though The Other Guy is still going to get the lion’s share of my energy.

I’m enjoying writing the Droit de Seigneur series, and I expect it’ll make a very hot book one day soon. It’s some of my sexiest writing. There are other stories that, if you search back in my blog, I stopped before they’d got to a, as it were, climax, and I’ll go back to them and finish them too.

But I need to love and be loved. I need to be a strict, loving Dom. That’s who I am, and it’s been absent in my life for too long now. It’d hurt like fuck, I know, if I let that knowledge, that awareness of absence, come into me emotionally.

Anyway, tomorrow I drive an ex-girlfriend 100 miles so she can pick up her mother and bring her up the mountains for Christmas. I’ll spend xmas day with them, because I sympathise with the ex-gf, who has mum issues, and now her mum is losing her once-brilliant mind to Alzheimers, so they’ll never get it sorted.

But I’ll look after that mum so the ex-gf can cook and stuff. Until her boyfriend arrives. I get on with him, so I’ll stay and we’ll talk.

The day after Boxing Day I start the new literary book. I should give Jaime Mortimer time to do another book, but the fire burning in me at the moment is literary. I’m burning sexually, but in the sense that I want someone in my bed, preferably enjoying doing as she’s told and being made happy.

That helps literary creativity, but that’s not the important thing. The love between Dom and sub is important, and I’m missing that.

So here I am. Creative peak and life trough. I’m going to enjoy Christmas, even if it takes a certain amount of denial. Whether you are enduring or loving life, I hope you have a good, loving Christmas and a better 2022!