But the next lash landed near that first stroke, on the softer flesh of her thigh. I would whip Diane’s cunt one day, but not now, not here. To compensate for what she might think of as mercy, I made this stroke harder, and her whole body shuddered when the switch bit home. I had to put my arm round her belly, holding on to her while she shook and fought to steady herself, still grinding her ass against me while the pain sunk in. She sang that low, “ooooooooo” again, and looked at me, her eyes shining with tears under the moon. 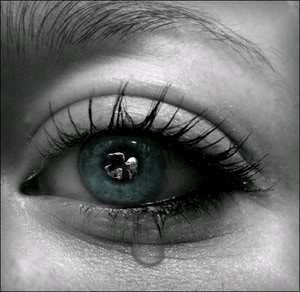 I smiled at her. “You’re beautiful.” It was true. Submission, when it comes, is so profoundly right and satisfying. It’s beautiful and moving.  She’d found her way to the sex of this, and to part of herself that answered part of me. Her thigh must have been burning but her hand still worked, stroking herself. I kissed one tear away from her cheek, tasting the salt of my girl’s pain, but I let the others run their glistening moonlit trails.

Diane’s hips still shook, her movements forced by the grip of the pain, but eventually she was able to relax. She leaned back, her left leg still bent and raised, letting me take her weight.

She took a breath, and then another before she could speak. “Oh, you’re cruel. You’re a cruel man. How can you be so cruel?”

I said, “You can put your foot down now.” She obeyed carefully, standing with her legs apart, not letting her thighs touch. I put my hand back on her hand, which still stroked busily in her cunt. Her inner thighs were wet. I patted my sopping girl, affectionately, then took her left breast and squeezed the nipple. She made a version of her pain song, but it was not pain. She liked having her nipples hurt. 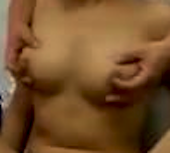 So I pulled that nipple, then turned it a little, and squeezed it again, even harder. Diane had closed her eyes, and her breathing was fast and shallow. Her hand still worked at her cunt, and she was close to coming. I said, “cruel to be kind. Cruel because you need a cruel man. Don’t you?”