Diane waited, with her ass pressed against me and her left leg raised, presenting her left thigh. She knew I was about to whip her, which is an interesting thing for a girl to know, just before it actually begins. She’d said she was ready, in a voice of helium, and while I might doubt that she really was ready, making her wait wasn’t going to make it any easier or her any readier.

I’d decided that she didn’t want me to go easy on her. Neither of us knew if she would enjoy this, be able to turn the pain into sex and pleasure, or even whether she’d find it too much to bear, and cry off. But she’d said she was ready to be whipped. I wasn’t going to insult her by faking it.

So I swung the switch medium hard, making it whistle in the air. It whipped vertically across the fleshiest part of her inner thigh, about a dozen centimetres from her cunt, with a sound like a green stick being snapped. The woody centre of the switch landing, mixed with the several impacts of the surrounding leafy twigs. 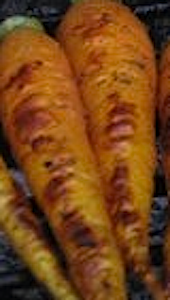 Diane’s right hand clenched, and she bucked her ass to shake off the pain. Her thigh shook like sour cream, partly from the impact, partly from her attempt to ride out the pain. The path of the switch declared itself in dark pink, a grey shadow in moonlight, that bloomed and formed into a welt. Her skin was very soft; she marked easily. She breathed out, a long, contralto note: “ooooooo.”

I released her cunt and captured her clenched right hand, guiding it back between her legs. I put my hand over the back of hers, and pressed hard. I felt her fingers start to move under my hand, slipping into wetness, pleasuring herself. Her movements when she masturbated were faster and rougher than I’d been.

I said, “You’re a good girl, Diane. And that was very brave. Now hold still.”

I lashed her again, a little closer to the busy fingers in her cunt. She stiffened, not moving for several seconds, before her breath came again in that low contralto moan. That was her pain song. I’d heard it twice and already I loved it.

Teasing, I touched the switch just beside her fingers, as if the next lash would go even closer to her lips. Diane’s eyes widened. “Please, no, not…”