Hylas bent at the waist, tight, feeling his cock pressing up against his belly. He was very aware of Ojastara, behind him, holding the cane, watching him, he hoped admiring his slim musculature and his obedience.

At last he heard her say, “Spread your legs. and turn your toes inwards. I want to watch you while I punish you.” 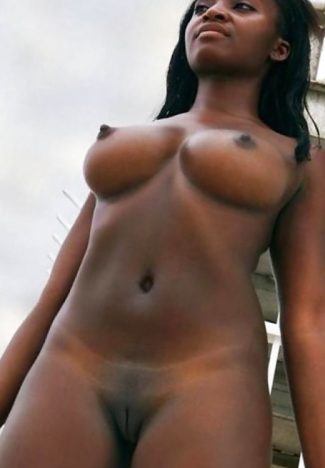 She reached her hand between his thighs. He felt her cup his balls gently, then run a finger up the underside of his erect penis. “Good boy.” Her voice was amused. Then the contact was gone, and he sensed her step back.

Her voice was less affectionate when she said, “But now we resume your punishment, Hylas. Stay exactly in position, or I’ll double the number of strokes. Thank me after each one, and promise not to be a selfish fuck next time. After each stroke. Understood?”

“I like that you use my name when I’m punishing you. It shows you know this is intimate. Between lovers.”

But then the cane landed, across his buttocks, just above the crease of his thighs. Its was much harder than any of the first six she’d given him. He fought for breath and control. “Thank you! I will not be a selfish fuck!” 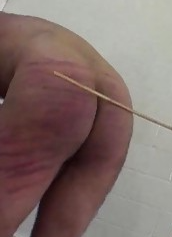 The second stroke landed the instant he said, “fuck”. It burned lower, directly on the soft crease between his buttocks and thighs.His body rocked with the impact, but he stayed down. At last he said, “Thank you, Ojastara! I will not be a selfish fuck!”

And indeed, he believed his lesson. His behaviour the first time he’d fucked her, pursuing his pleasure and not staying with her: that was shameful. He had less than a second to have that thought before the next stroke landed, across the tops of his thighs, hard and remorseless.

He gasped out his thanks and apology again.

Ojastara beat him efficiently, giving him no time to recover between strokes. By the time the strokes had risen, in dactylos increments until the cane landed on the crown of his buttocks, he had long lost count. He knew only pain, submission to Ojastara and his desire for her. His desire to please her better.

At last his grunts of pain turned to wails, and tears spilled from his eyes to the floor below him. There was a pause, and he gasped for breath, wondering where the next stroke would land. Instead Ojastara walked round to his front, and held the cane to his mouth. “Kiss the rod, boy.”

Hylas did so. He felt no shame. He was hers, and he was proud to show her how deeply he had given himself. She said, “Straighten up, Hylas. Hands in your hair.” 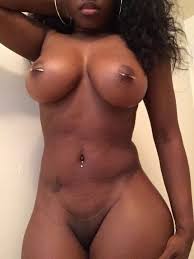 When he obeyed, fire blazing in his buttocks and thighs, cock projecting hard at his teacher, he saw her smile at him. In benediction. She reached for his cock again, caressed it gently with her left hand. He moaned.

Still with his cock in her hand, she walked backwards to his bed. She reached the edge and let herself fall. She looked at him and smiled.

“This part won’t hurt nearly so much, lovely Hylas. Come on.”