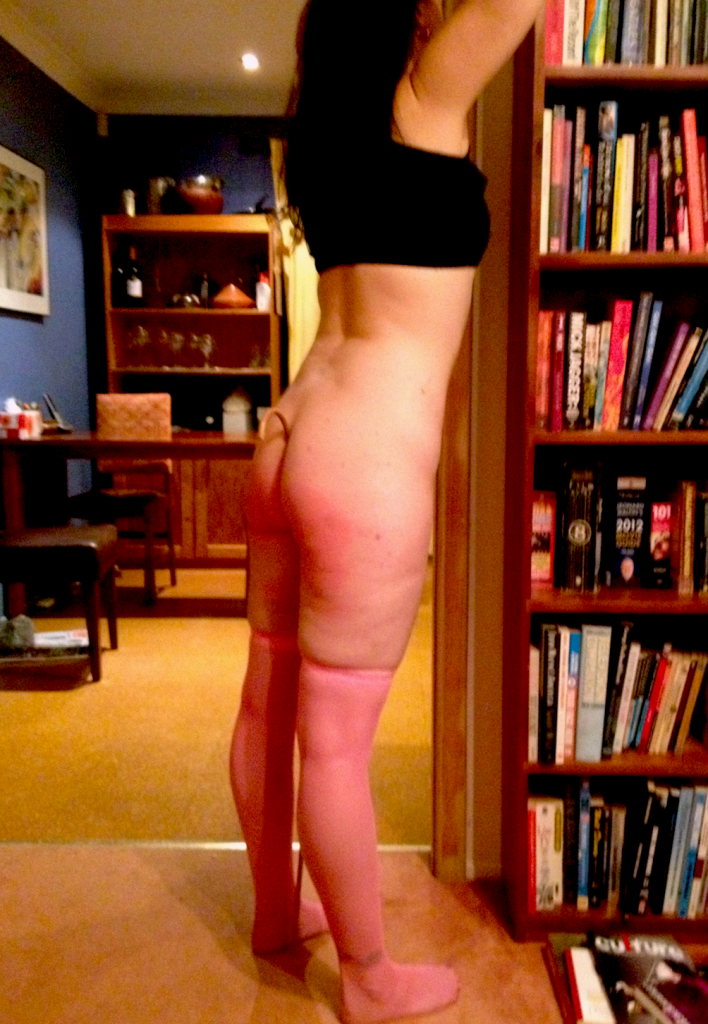 When he became her Master, he’d told her she’d be subject to discipline, of course. She expected that, and would have been disappointed if he’d said anything else. She liked the ritual, the way her obedience felt so very real and significant when he told her to position herself to make her body available for him to hurt her.

And it was hot. The cane no longer scared her as much as it used to, but it still hurt her more than she could turn into sex, in the second of it landing across her bottom and thighs. It was a few seconds later that the pain would recede a little and turn into the right kind of warmth. He always fucked her after he’d punished her, because the dance of obedience and pain excited them both, and he wanted to show her that the punishment was over: she was his, and his good girl, again.

But he’d told her that there were two things he could never accept, and would punish her hard for: disobedience, and things that caused her harm.

That evening he’d asked about orders he’d given her, and she’d had to tell him that she didn’t have the outline of her university course essay, and she hadn’t made a doctor’s appointment – about an intermittent pain in her side – he’d told her to arrange. So that was two counts each, of disobedience and acting against her own interests.

She knew she’d disappointed him. He’d lectured her, and though he’d made himself sound calm she knew he was very displeased. Then he’d made her lie down on their bed, and he’d strapped her long and hard with his belt. It went on for a long time, long enough for her to burrow into it, that living, sexual cave of pain he made for her. And when he stopped at last she’d thought it was over.

Instead he’d taken the cane from its place beside their bed, where it lived, and told her to get up. He took her by the ear and led her into the living room. He stood her facing the wall, and told her to put her hands on her head. And he’d lubricated her anus thoroughly, and put the cane between her buttocks.

He said he’d be with her again, later, and take that cane, and she would bend over and touch her toes. And he would continue the punishment, until he felt she’d paid in full. In the meantime, she should think about obedience, about caring for her health, and not failing her course.

And, he’d said, don’t you dare let that cane fall.

Then he’d sat down to read a book, while she stood there. In disgrace. Waiting for the cane. Hoping he’d let her come when he took her afterwards. Wanting it to be over. And wanting it to begin.

11 thoughts on “Sinful Sunday: Wait for me!”