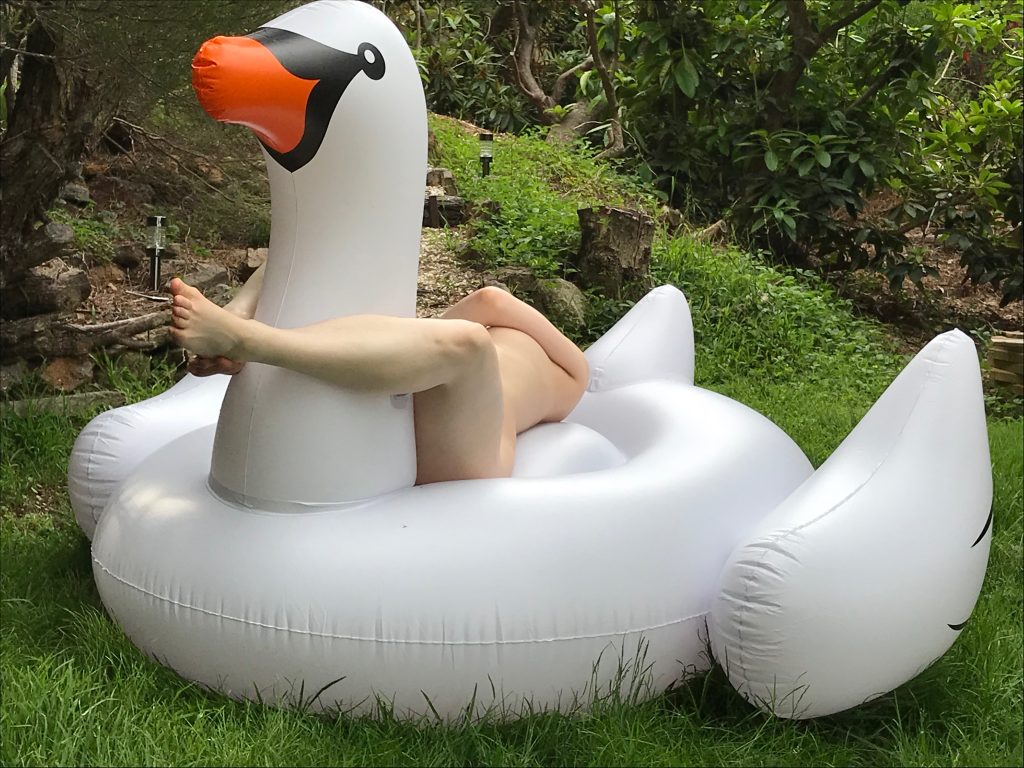 In Greek myth Cyncnus, King of the Ligurians, was in love with Phaeton. Phaeton was the annoying young man who asked his father, the sun-god Helios (but it’s Apollo in some versions), for proof that he was his father’s spon and that his father loved him.

So Helios agreed to give his son anything he asked. Phaeton asked to drive the chariot iof the sun. Helios warned him that he wasn’t strong enough to control the team of wild horses that lead the sun through the sky. But Phaeton insisted, and Helios could not go back on his promise.

Of course Helios was right. Phaeton lost control of the horses, and the sun followed the chariot so close to earth that it burned crops, birds, animals and people. Eventually Zeus had to put an end to the disaster by knocking the chariot out of the sky with a thunderbolt. Phaeton was immediately killed.

But his lover, Cyncnus, was inconsolable. He sat by the lake near his palace, day after day, staring into the water, thinking of the young man he’d loved and lost.

Eventually Apollo took pity on Cyncnus and turned him into a swan. Not an intelligent, speaking swan like the children of Lir, but one who had forgotten all human concerns and loves, and who was aware of no future and no past, and lived only in the moment.