Neither Sa’afia nor I could have wanted to punch the other, even as mock-violence, even as an affectionate “joke”. 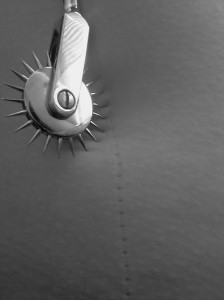 Dominance and submission is about tightly focussed attention.

She could have ignored that instruction and our evening would still have been good. We’d still have found our way to bed, and I probably would have smacked her bottom lightly. I’d have done it after her first orgasm, when we were building to her second, and I thought it’d be a safe experiment: she’d like pretty much anything I did.

So we’d still have explored some very light surrender, but it would have been a much safer and flatter night.

She chose the riskier option, a definite, explicit act of obedience. It could have gone wrong. She must have worried that I might laugh at her, or that I’d take her surrender and do something stupid and cruel that genuinely hurt. She put her dignity and her safety on the line for what she wanted. That pushed us past various polite pretences and it pushed me up to match her courage. I had to take back the lead, take her surrender, and make her feel it.

What a submissive does when they kneel to serve their dominant, or they present themselves to be fucked or hurt, may not look like any traditional picture of courage. But it’s honest, assertive and brave.

At other times, Sa’afia and I would be shopping together, and she might laugh at the clothes I wanted to buy, or my taste in music. Then she might be playful, and do “feisty” like a fucking Disney fucking princess, as she’d have said. But in sex she preferred something stronger than feist.