[The project is done and the cheque’s in the ether. I hope. So I can get back to the Probation Officer story. In the last episode, we got as far as this:]

Sa’afia froze. Immobility is not affectionate. Then she hit my shoulder, hard, with her fist. She said, “you’re with me. Can’t you forget about fucking Ana for a fucking second?”

Update: This is a true story. So far I’ve only changed details to make sure my client Ana and her cousin Sa’afia can’t be identified, even by someone who managed to work out where it was that I worked as a probation officer. It’d be pretty hard to identify Svitlana, too. 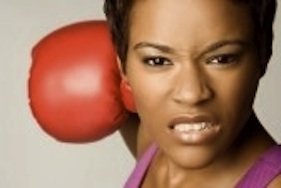 But in that post, the one I quoted above, I’ve told a lie. I think it’s the first genuinely and gratuitously untrue thing I’ve said. I was trying to improve the story: Conflict! And look, she’s not just submissive; she’s feisty! Hey! But the truth is that Sa’afia never hit me and she would never have wanted to. Even if she was angry.

Neither Sa’afia nor I knew much about dominance or submission, really, though I’d had more experience than her. She knew what she wanted, and I knew enough to be able to guess roughly what she wanted and provide her with it. She could be a wonderful version of herself in that place I’d provided. She’d been incredibly happy, when her ass burned from the rod and she knelt to suck my cock. She’d wanted to know what that was like, and she’d known she’d like it. She also knew that I would treasure her, when she served me, and she wanted to feel treasured.

In that place and in that mood she couldn’t feel anger. She could only be angry if I behaved so badly that I shocked her out of submission and back to normal time, to everyday life.