We lay together in Sa’afia’s bed. Sa’afia lay mostly on top of me, her legs straddling my right thigh. I’d rested my hand, in affection and something like ownership, on her bottom, cupping her and savouring the residual warmth and two hotter welts raised by the rod.

She’d stood, taken my hand and led me here and complained gravely that I was overdressed. I’d taken my clothes off, lain down and pulled her on top of me. For a while we were equals, in an affectionate fog.

`The rod was at the foot of the bed. Sa’afia had carried it with us, not because I’d told her to – I hadn’t – and she’d placed it within reach. It exuded promise and power. But for now we wanted to cuddle.

Sa’afia was telling me about her childhood, some of it spent in Los Angeles and some spent in Samoa. She’d been born in American Samoa, but her family home had been in the State of Samoa, in a village near Taga on Samoa’s second main island, Savai’i. This didn’t mean much to me at the time. I’d never been to any of the Polynesian islands. I took her word for it that it was a beautiful place. 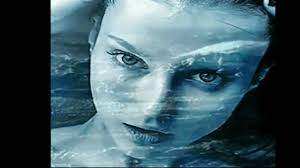 Stupidly, I  imagined some Gauguin-flavoured fantasy with a river pool and lots of girls naked as Sa’afia, washing their hair in the water and singing traditional songs. I had no idea what traditional songs would sound like. I imagined something wild and fluid, like a mermaid might sing in a movie. I hoped they’d sing to me.

But talk about family reminded me me of a duty. I said, “So Ana’s father. Does he live in Samoa, or does he live here? In LA?”