That’s the magic of shouting and saying “fuck” a lot. I had Ana’s attention. It was probably the first time. So I pulled out the wad of paper the desk sergeant had given me when I’d signed for her release.

I held these papers under Ana’s nose. “Look at this shit. No, look at it, Ana, bloody well look at it. These charges, they’re all bullshit things. It says here you got arrested for, what is it, for being unlawfully on premises. And the premises turn out to be the Sonsang plant. How do you get arrested for being in the front yard of a factory?”

She didn’t understand what I meant. I was angry, so I must be angry at her. So she tried to deflect by looking ashamed. “It was after hours. I had a friend worked there. I was looking for her.”

I doubted that that was the whole story, but I didn’t care. I’ve been a lot of places I didn’t have a clear legal right to be. And I hope so have you. I said, “This … stuff from the cops. You whole criminal record, it’s bullshit, isn’t it? You’ve never committed a real crime in your life. Have you?” 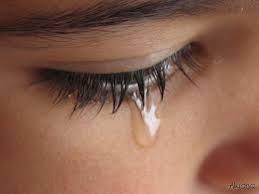 “Or if you have, they never caught you. Look, Ana, I don’t know what’s going on here.   No-one gets arrested for this sort of thing. Except you. You do.”

Ana turned her head away. I caught the last bit of what she said: “… being Samoan in public.”

“Yeah, I thought that. But it’s too specific. It’s about you. There was that cop who pulled you in for swearing, because you didn’t fuck him.”

“Greg. Greg Curnow.” There was contempt and anger in her voice.

“Yeah. Curnow’s an arsehole. But these arrests, this shit started back before you met Curnow. What’s going on, Ana? Is there some cop who hates your Dad, or what the fuck is it?”

Ana didn’t answer. But her eyes were glistening like deep brown rock-pools and they spilled over, tears running down her face. I hadn’t spanked her, but I’d made her cry.