She, my new probation client, had been arrested and charged with “obscene language”, “obstruction”, and “resisting arrest”. 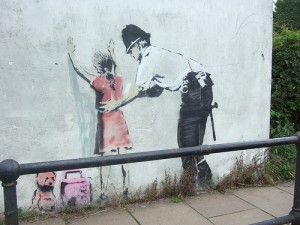 The thing about those offences are that they are created by arrogant, stupid and not quite legal policing. They mean that a cop came up and harassed her, because she was young, pretty, and Samoan. She was eventually provoked into telling him to fuck off, and when he grabbed her she shook him off. Her defence lawyer should have threatened the cops with an improper conduct complaint.

The complaint would have led to an internal investigation, and that would be enough to make the desk sergeant drop the charges. Worse, it would have uncovered some awkward truths about some of the local cops. The cops would have dropped the case at the first hint of a threat. But her lawyer had been court-appointed, underpaid, overworked and burned out.

So there my client was, a young, harmless, non-criminal, girl, with three new convictions on her record.

She was in my interview room. She wore skin-tight jeans, faded from blue to almost white, and there were rips and worn patches that showed me patches of golden brown skin at her knees, her left inner thigh, and a larger patch just under her left buttock where she crossed her legs. I was supposed to be a professional, and she’d reduced me to the kind of tongue-tied awareness of beauty that doomed most of my attempts to talk to girls when I was 15.