Sa’afia had got out of bed shortly after I’d gone soft. She showered and dressed as prosaically as I’d expected and gone home. She was flying to Samoa for the wedding in four weeks’ time. She wouldn’t be back after the wedding.

She spent three more nights with me, before she flew out.

On the first two mights we fucked until we were exhausted, and then held each other till we fell asleep. The third time I’d smacked her bottom lightly, from force of habit and affection. Sa’afia had moaned appreciatively but squirmed away. “No. I can’t be like that any more,” she’d said.

Perhaps to stop me from asking her what that meant, or challenging whether it was possible for her, she’d bent down and rubbed her nipples on my chest while she sucked me off.

But when I’d come she stayed down and delicately spat my come onto my belly. She reached for a handful of tissues and wiped me clean. It had never occured to me to care, before, whether she swallowed or not. Once I’d come, why should I care where the fluid went?

She’d always swallowed before, and now I thought about it, every other lover who’d ever sucked me to orgasm had swallowed too. Sa’afia refusing my come was probably some kind of fidelity to Paul, in a way I vaguely understood. But tt felt like rejection. I was amazed to find that it hurt. But it was only a detail, like getting a bee sting while falling down a cliff. 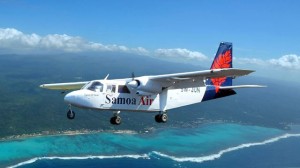 Then, one day, Sa’afia was gone. I said goodbye to her in the morning, to avoid the crowd of her family at the airport. They’d be asking what the hell I was doing there, and that would be bad for Sa’afia’s reputation.