I pushed Ana a little more, though I couldn’t dwell on the question for more than a couple more beats. Not without giving too much away about what I knew or didn’t know. Ana played innocent. Or she really didn’t know what I was talking about. She made the innocence seem credible. Her body language and her eyes gave nothing away, except that she found the situation amusing. That meant nothing. She found everything amusing.

So I told Ana I was going back to work, but that she’d come in at eleven on Wednesday next week. I wanted to see that she’d arranged eight interviews, or had a new job by then. Amna nodded. She said, “Sa’afia thinks it’s hot when you give her orders. She’s right.”

“Yes, but if Sa’afia doesn’t do as she’s told she gets a sore ass. But you, if you miss that appointment -”

“No. I’d take you back to Court for being in breach of your parole. That’d be no fun at all.” 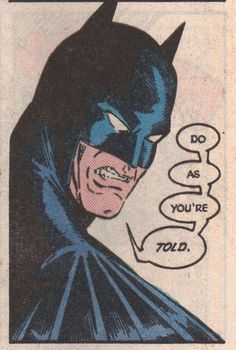 “I could go back to work. You will go straight home, now, and start making phone calls. You’ll have eight interviews done or arranged, or have a new job, by Wednesday.”

That was a voice I only used as a dom, and never as a parole officer. So her teasing had turned me on enough to affect my judgment. Ana knew my domming voice for what it was. “Oh yes. I’ll be so good.”

Idiot, I thought to myself, of myself, but I said, “You better be.” I left her at the bus stop, and walked back to the office. I thought about Ana doing as she was told. Naked, she’d like to be, and on her knees.

Then I thought, urgently, about the ear structure of African elephants, because I needed not to have an erection. Thinking about elephants’ ears when I’m turned on, and I shouldn’t be, still works. I suppose I’ll eventually start thinking about elephants in inappropriate ways, through the force of association, and I’ll have to come up with some other anaphrodisiac. But there’s a woman on Fox News I’m keeping in reserve.