I went to the kitchen while Ana skipped past me in the corridor, trailing her blanket and a towel I’d given her. Sa’afia had made coffee, and tea for me since I don’t drink coffee. She was building a pile of buttered toast.

I gave her a cuddle, since I’d decided to ignore her earlier moodiness. There was an instant of resistance, and then she relented and held me like she wanted to. There was still something wrong but there were things that weren’t wrong as well. I’d go hunting for it later, that wrong thing. For now we didn’t have time.

I brought out prosciutto and a cheese, white as the moon, whose name I’d forgotten. And loganberry jam made by my aunt. And milk and orange juice. When Ana came back, wet-haired, towel-wrapped and demanding knickers from Sa’afia (who’d bought emergency supplies yesterday afternoon, my clever girl and good cousin), I gave Ana mushrooms to cook, and went to shower myself. 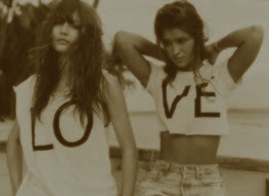 When I came back, shivering a little inside my suit – Sa’afia and Ana had used all the hot water, but a cold shower was probably a good thing for a man who’d had as little sleep as I’d had – I heard earnest talk in the kitchen. I considered backing off for another couple of minutes to let them sort it out, but then the talk stopped, so I walked in.

Ana and Sa’afia were in each other’s arms, and I supposed some sort of reconciliation was happening. I watched them from the door for a few seconds since they were beautiful, but then I entered noisily, whacked Sa’afia’s arse and demanded tea and toast and mushrooms.