I’ve left this story for a while, while I wrote about tears.

But there I was, a junior probation officer, 23 years old to my client Ana’s 18 years, and Ana was soaking my shirt with tears, dribble and all those other effluvia. I had my arm around her shoulders, and she turned her head this way and that while she wailed, as though she wanted to rub her nose on my buttons. We were parked by the river like a courting couple, because I was a very stupid 23 year old probation officer, and I’d thought we needed to talk privately. 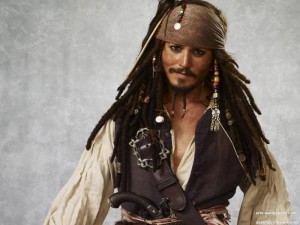 Career-wise, I was a dead man, probably. This is a dead man’s chest joke.

I’d been squeezing and relaxing Ana’s shoulders and talking soothing nonsense, as you do with a baby. I remembered the way women lightly smack the bottoms of babies when they hold them, which seems to be a way of reassuring them that everything is okay. That brought back the incredibly vivid fantasy I’d had only half an hour before, of what it would be like to put Ana over my knee, get those shorts down and spank her till she promised to behave.

Or, because fantasy is a slippery thing, it became about what it would be like to spank her until she was wriggling about, her light-brown little bottom tinged with red warmth, her thighs parted and her cunt petite but open and glazed with yearning, until she had my cock where we wanted it.

I shook my head again, and thought intently about the ear structure of the African elephant, which usually stopped erections in their tracks. Ana was still crying into my shirt, though the volume had muted, and she seemed more relaxed.

I could think again. I’d meant to talk to her about the police harassment, and that it was clearly intended to get her into jail. Eventually some judge was going to look at her charge sheet, and not notice the quality of what was on there: only the width. We’d come here to talk about that, about how to stop it. I more or less a professional again, and not just a young man with dom tendencies and an incredibly pretty and exasperating girl. I was proud of getting myself back under control, and that I’d managed to kill the erection before Ana could have noticed.

I said, because it was time to call her back to the world, “Ana? Ana, are you okay?”

Ana said nothing, and didn’t move. I waited, and her shoulder twitched. Her face was still pressed against me. She shook a little, and I expected more sobs. Eventually I realised she was laughing. Giggling. “Aue. Oh man.” 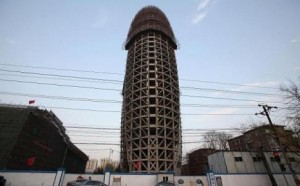 I thought you’d like a picture of the new headquarters of the Chinese People’s Daily. No really. It is.

More giggles. She was still in my shirt, not looking at me. “You had a rere.”

“Rere ure. You had a stiffie.” She said it in singsong, like a child’s taunt. “You got me out of the copshop, and you got a stiffie.”

“Oh.” I thought about other jobs I could do, after being fired from this one. “Oh.”