I’d never discussed the question of whether a woman should swallow my come before. In my experience till then most women had simply swallowed.

Women who aren’t submissive, or weren’t being submissive in bed with me, had generally swallowed. If they didn’t like having come in their mouths, they generally hadn’t sucked my cock. It had happened a couple of times that a woman had spat out my come, but they’d done it into tissues, and neither she nor I had made any fuss about it. If they weren’t submitting then it was up to them. 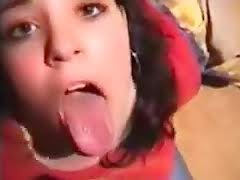 A submissive girl I’d known a while ago had been coy about swallowing, but it had been clear that she was only playing. She’d wanted to pretend to be virginal and to be smacked across the arse and told what to do.

So I’d spanked her bottom and then held her nose pinched closed until she swallowed and showed me a clean tongue. And we’d moved on to all the things that flowed from that.

The girl I’d smacked had said something like, “you don’t seriously think I’m going to swallow your silly old come, do you?” She tended to talk like that once she’d dropped a couple of levels into submission. So it hadn’t been hard to tell that she was just bratting, and that she expected me to subdue her.

With Svitlana I had no idea if she had a serious issue about swallowing. We hadn’t discussed anything beforehand. That kept coming up as a problem.