So we began. I said, “Roll onto your back.” That was easy, and Svitlana obeyed without hesitation. She probably didn’t have a qualm, either. I wanted qualms, so I said, “Now spread your legs.” She obeyed that too, relaxed and happy. I said, “I want you nice and open. Wider.” She obeyed, but for the first time there was a faint frown. I said, having thought of a properly uncomfortable word, “Gynaecologically open.”

The frown deepened, and Svitlana’s left leg, the one closer to me, moved microscopically closer to the right, further from me. She was trying to obey but ready to rebel. That balance made a good starting point.

Somewhere in the back of her mind, I was sure, she suspected that I’d punish her for that little movement. But I leaned over and kissed her. She kissed back, enthusiastically. I was still a good thing, and my affection was reassuring. The kiss held for a minute and then another, because we were enjoying ourselves. Svitlana had her hand in my hair when I broke the kiss and raised myself on one elbow so I could look down at her. 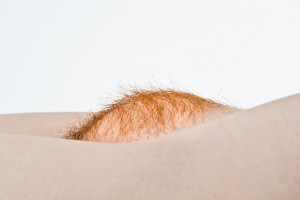 I stroked her cunt, fingertips very slowly strumming down her lips, and down again, and again, but not slipping inside her. I didn’t need to test if she was wet. Of course she was. I wanted her to want more, and not get it. Svitlana made a little desire sound, and her left leg moved back towards me, to where it should be.

I said, “Keep still!” She froze. It was probably the first time she’d heard the command voice in sex. Then I slipped two fingers inside her, to be wetly held. Svitlana rocked herself gently against my hand. I’d have to talk quickly or I’d lose her attention.

“Svitlana. Here’s what’s happening. You do exactly as you’re told. I give you orders, and you obey them. Do you understand?”

She was frowning and grinning at once. “I understand that’s what you want.”

“No. It’s what you want. You give up control, and I take it. Then I do things to you, and make you do things, that you don’t choose. My guess is that you’ll like that. A lot.”

“Mm hm. Maybe.” So I took my fingers out of her cunt, fast, meaning to shock her. She said, “Awff!”. She was definitely shocked. She stared at me in disbelief.