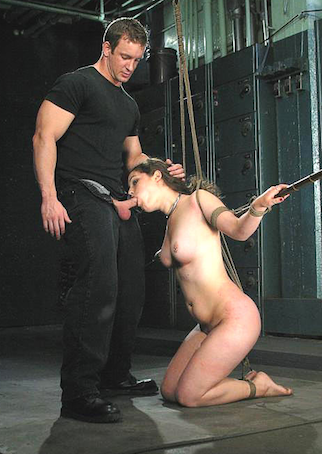 He’s standing, and clothed, and free, being sucked. She’s kneeling, naked, bound, and never too far from her next whipping: and she serves him. A non-bdsm observer would understand why he’s happy, but not why she’s in ecstasy too.

So a submissive giving oral sex may have bound wrists and ankles, or have his or her ass glowing from a recent paddling, and may know that the dom they’re pleasuring will take a riding crop or other implement of punishment to them, passionately and fiercely, if they make a mistake or show any lack of enthusiasm. These things aren’t true of non-bdsm oral sex.

There are subtler differences. The absence of the expectation that the person who serves will get their turn is one. That’s up to the dom, who may decide – for disciplinary reasons or just for the mischief of it – that the submissive doesn’t get to come at all.

It always feels a little wrong to me, if I refuse orgasm to a submissive girl who’s pleasured me so sweetly. But these days when I decide she’s not going to be allowed her own release, it feels like the fun kind of wrong. She’s frustrated, humiliated and turned on, and I feel a kind of glee. It’s good, not to be a gentleman dom: not all the time. It’s good to be king, too. 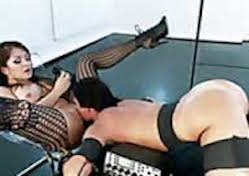 But … what happens to all that symbolic meaning when the dom decides to suck or lick his or her submissive?