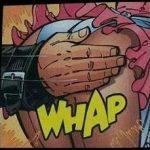 But I’d asked her if she wanted to fuck Lynette, and she’d countered by asking me if I wanted to be there too, if she was going to take Lynette to bed.

That was an evasion, not an answer, so I smacked Raylene’s bottom, twice. Raylene released air from pursed lips and tightened her thigh-hold on my hips. That was clear and sensual. Both are good things. “I asked you a question. Another question isn’t an answer.”

She nodded. “True. Sorry, sir. Yes, I want her. I think she’d be hot. It was hot when she was sitting on my legs. And she felt nice, I mean her hands did, comforting a poor brutalised girl. And … in general I just want to fuck her. Or let her fuck me, whatever.” 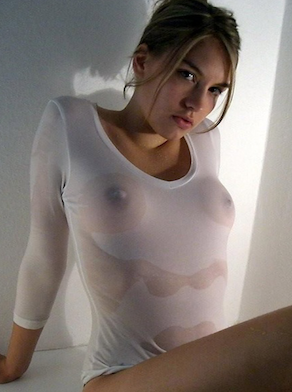 But Raylene was too excited to stop. “Do you want to be there? I’d like you to be. This bed. We could take turns with her. Or do her both at once. Or you could both do me.”

She bounced on the desk like a wide-eyed child demanding a treat. Except that the movements under her t-shirt weren’t remotely childlike.

I said, “Fuck me.” It was an exclamation, not an order.

Raylene looked at me, concerned. I probably wasn’t looking as ecstatic as her offer deserved. So I smiled at her and said, truthfully, “I don’t see how I could possibly manage not to want that. Yeah. If she’s not too freaked out by watching your caning, we’ll have a go.”

I said, less truthfully, “Well, I need you to learn to do as you’re told.” Raylene looked puzzled; she wasn’t actually being caned for disobedience. I said, quickly, “And behave yourself properly.” The frown went away. “So it’s going to be hard.”

She nodded. Of course it should be hard. (Of course, by the way, it mostly wouldn’t be. I’d be calibrating on “firm”, rather than “hard”.) Anyway, I kissed her, still holding her ass with my left hand and a swatch of her hair with my right. Then I held her face so she had to watch me talk to her. “I’m going to punish you, Raylene. I’m going to punish you a lot from now on. Because you’re a wicked girl.”

I looked at her until she nodded, solemnly. Of course she was wicked. I was astonished, but pleased, that she wasn’t smiling, now. 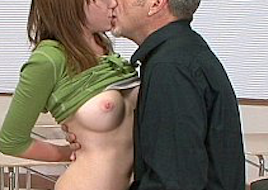 I whispered, “But also, you’re just a bit wonderful. Just a bit perfect. So I’m glad to be with you. No matter what.”

I kissed her again. “Ready?”