Lynette had decided to join us, though she’d missed Raylene’s first two strokes. I looked down at Dorabella, still filming the development of the second cane stripe. I said, “The irresistible pulling power of your sister’s arse.”

She tilted her head in acknowledgement, still focussed on filming Raylene’s stripes. “It must be magic.”

“Yours’d have the same effect.”

Dorabella shook her head. “My little sister. She’s braver than me.” 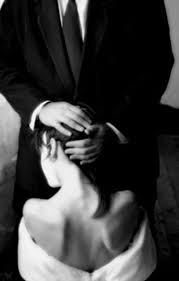 I figured that was enough affirmation for Raylene, so I bent down and kissed Dorabella’s forehead, then nose, then, when she lifted her head, her mouth. We kissed, softly, a standing clothed man and a kneeling, near-naked woman. I’d been there before. The cellphone in her hand filmed the carpet. But I straightened up. “Hang on, you two. Don’t go away. Raylene, don’t get up and don’t you dare say a word.”

And I went out to the corridor to greet Lynette. I could have just let her let herself into the room, but I wanted to get an idea of her mood before I resumed Raylene’s caning. Anyway, it might be Raylene’s bedroom, but she wasn’t allowed to move. Or speak.

So I must be the host.

Lynette had reached the landing. Like Dorabella, she looked first at my face, and then dropped her attention to the front of my jeans. There wasn’t much I could do about that: erections can be blatant, and anyway I still had the cane in my hand. Lynette looked up again, quickly enough. Dorabella had thought the state of my cock was hilarious. Lynette, it seemed, was more ambivalent.

She’d changed into one of Dorabella and Raylene’s mother’s skirts, with a swirling maroon and purple pattern. It was a mini-skirt when the mom wore it, but Lynette was a waif, a gamin. It came down to her knees. And she wore a black blouse, from the same source, which had probably also provided her glowing goth lippy. 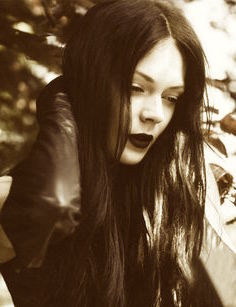 She hadn’t been able to shower, but she’d changed her clothes and made herself up. She wanted to look her best. That said encouraging things about her attitude to the frankly weird stuff we were up to in Raylene’s bedroom.

But what occurred to me just then was the question of whether Lynette was wearing yesterday’s knickers, or none. I didn’t really care which, but I did care about whether I’d get a chance to find out. I still didn’t think much of my chances. But I said, “Hey! That skirt really suits you! You look great!”

“And you look, uh, happy.” I laughed at that, mostly from relief. It was almost as demure as the outfit she was wearing, but it was an erection joke. I revised my chances slightly upwards. Still under under 50 per cent, though. When I laughed Lynette stopped walking towards me. She was waiting, or considering. Still, she was smiling, with big red lips and lots of kohl about her eyes. She looked like Homeless Cleopatra. So since she wasn’t walking towards me, I walked towards her.

2 thoughts on “Humiliation of an ex-Nazi submissive 107: Don’t wash!”