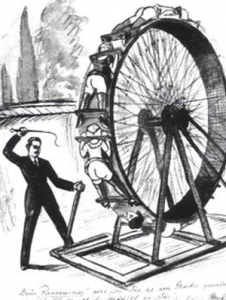 Flailing about with a whip

Gem: Only up to a point, surely.

Jaime: Yeah, of course. But you stay inside that point. You don’t want to bring your partner out of the mood.

Gem: But that point must be different for every person. How can you know that you’re not just hurting someone? 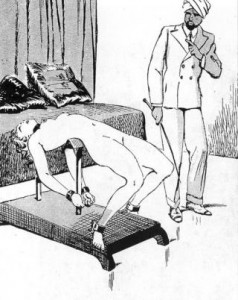 Jaime: You have to know the person. You watch them carefully, to make sure they’re happy. Anyway, like I said, the physical stuff is a means to an end. It’s about the feeling.

Gem: Well, you say it’s about the feeling. But Jaime, it sounds very, oh, like you’re a technician, using all this stuff and these skills. It seems sort of cold.

[Jaime realizes he is standing naked with a woman he loves and lusts for, they’ve been having sex and they’re talking about something sexual, and yet his cock has gone soft. Gem is no doubt feeling similar, and if he doesn’t watch it they’re about to argue.]

Jaime: Okay, I’m doing this wrong. Gem, will you trust me for a while?