The Food for Thought team ask:

What was the first overtly sexual act you performed on someone else or had performed on you? How did you feel about it afterwards?

The answer involves sexual contact between young children. No-one comes to harm as a result.

Also, I haven’t eroticised the description at all.

But if this is likely to make you uncomfortable, I’d suggest not reading below the word “Answer”.

I was walking home from school, aged five. There was a girl playing in the back yard next door. She must have been four, because she wasn’t going to school yet. Her family had just moved in. So I waved at her.

So I walked down her drive and introduced myself with my best five-year old manners, because I didn’t often get to condescend to people younger than myself. She invited me to play, so I stayed.

I can’t remember my motives. I don’t think they were sexual in anything like an adult sense. Partly it was that I was  taught to be a nice boy and I thought she must be lonely because she’d just arrived. Also, she’d just done something “rude” when she’d flashed me. That was interesting too.

“Rude” was the term that children, round there, used to describe what adults would call proto-sexual explorations and demonstrations. She was being a rude girl.

She invited me to play in a little shed with little chairs and a table. It was bigger than a doll’s house. It was big enough for a little girl and a very awkward little boy to sit and drink water from her collection of tiny plastic tea-cups and eat imaginary biscuits.

It felt odd to be playing a girl’s game. In the games I played, I tended to shoot, climb and fight. I wasn’t sure how this game worked, though I was prepared to go along with it. I thought she needed company, and so looking after her made me feel very adult and protective. But when she suggested that we play Mothers and Fathers I was surprised because I thought, with the cups and saucers and such, that we already were.

It turned out that the rules of Mothers and Fathers, as she played it, meant I had to show her my cock and let her play with it. Her play with my penis was, according to my memory, kind of aimless: artless, unskilled. She didn’t know how to stroke a penis. She just sort of waggled it from side to side.

Looking at this with hindsight, I’m pleased about her lack of expertise. I’ve spent some of the period between then and now being a probation officer and a social worker. I know now that some of her actions may suggest something abusive happening in her family. On the other hand, she had no idea how to make a penis feel good in a sexual way. An abuser, if there had been one, would almost certainly have taught her that sort of thing.

Anyway, I had no sense of distress or discomfort from her. Still, abuse wasn’t something I knew about or thought about then, so I could have missed something. I’ll never know.

I also think we freak out unhelpfully about childhood sexual exploration of the kind that doesn’t involve adults. Sexual exploration isn’t unhealthy in itself. Children are curious. Adults just have to back off, sometimes.

Anyway, she expected me to reciprocate, but I wasn’t sure what to do. So I stroked her labia a few times, as you might stroke a dog to convey the idea that it’s a good dog. As I’ve pointed out, I really had no idea.

I was actually relieved when my mom called me in to dinner. It’d been interesting, and it was the most “rude” thing I’d ever done or had done to me. But it was also off-the-scale awkward and embarrassing. After that, I mostly played with her when there were other kids around, to delay Round 2 of Mothers and Fathers.

There were a couple of repeat games of Mothers and Fathers, but I mostly kept my pants up. Her, too. We did some experimental kissing. We drank water as tea, and ate biscuits I’d stolen from the kitchen. So at least I provided a sugar hit.

When she started school, she went to the local Catholic school, while I was going to the local state school. So we lost touch.

What I feel is mostly positive. The explorations didn’t teach me anything much about adult sexuality – except that if a girl flashes you, you may as well stick around. You might think I should have realised that I only had 11 or so years before I’d have to show better girl-stroking skills than that, but that didn’t occur to me then, either. Mainly I learned that boy-girl things can get awkward. Girls can have very different interests from me, and still sometimes expect things from me. 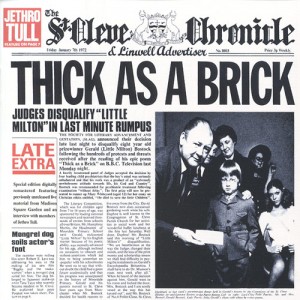 I liked her. I still worry about her a bit: if she were a little girl doing that today, she’d be suspended from or thrown out of school, and she’d meet a whole lot of cops and psychologists, care workers and senior teachers, all in a panic, and passing the panic on to her.

So would I have, come to think of it, just for going along with her. I can imagine my bewildered five-year-old features on the cover of the local rag: “Face of evil”.