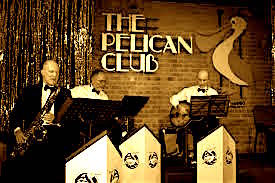 The other day I dined at the Pelicans Club as Galahad Threepwood’s guest. Gally had left me briefly alone near the entrance, to pay out on a wager he’d taken with Rorke, the butler.

That showed the sporting spirit, but it was how I fell into the hands, or at least the ambit, of the Club Bore.

The man attracted my attention with a flap of his newspaper and a fixed stare, so I did the polite thing and approached, extending my hand. His name was Carstairs, and in seconds I realised he was not only going to address me but actually tell me anecdotes. But the eye he cast on me was definitely glittering, and there’s no escape from that sort of thing.

His story was interrupted by the vacuum cleaner, which – or who  – was doing lengths of the carpet. Carstairs had taken a seat in the corner that let him monitor all arrivals and departures, but at that stage of the cleaning that meant that every pass of the vacuum cleaner began and ended at this feet. Carstairs simply spoke through the vacuum cleaner’s visitations, neither pausing nor raising his voice, and that and my own wandering attention mean that parts of the story are lost. 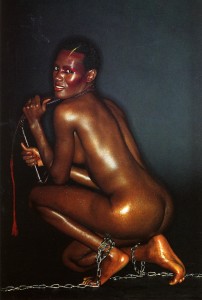 In chains and the 1970s. Pelican Club stories all happen in about 1913, while Carstairs’ story seems to date from about 1870. Pardon, but your timeslips are showing.

“Africa, of course, but one of the lusher parts … downpour, so stayed in a mokhoro … sort of round hut thing … girl chained to the table leg, never got the drift of why … not a stitch on her …  skin gleamed like a grand piano …

“No, no, don’t mind telling you … nuzzled at my … undid my buttons with her … worried me a bit that she’d filed her teeth … but what can a man do, if a lady … unchained her afterwards … slapped her rump, and that made her frisky …

“Absolutely true, old bean… not a bed; a sort of cot … collapsed but that didn’t stop us … then the hut fell over … sprawled in the mud …

“Crowd of angry chaps outside … supposed to stay a virgin, apparently … chased after me waving their mulamu … father stuck me to a tree … could see his point of view … hung there for eight days … only when I laughed.”

Gally rescued me at that point, and we went off to the dining room. Gally led the way like a dapper drum-major, but as he marched towards the roast lamb he threw a remark over his shoulder. “Oh, you must’t worry about Carstairs.”

I sighed. “Never been east of Callais in all his life, has he?”