There was a study released a few days ago on the sexual fantasies of Americans. You can find a link to an article by the researcher here. The study took in 4,175 people across the 50 states, and asked them about people, places and things that turn them on.

We won’t dwell on the “people” side of it, except to say that a lot of people wanted to fuck Sarah Palin, which is weird. So, IMHO, are the people who want to do Hillary. I was also surprised by the fact that Bill Clinton was fancied by more people than Obama. That’s got to be the weird American race barrier, because otherwise that seems kind of inexplicable. 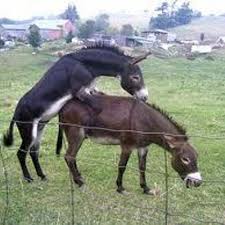 The article in Politico doesn’t tell us how the researcher, Justin Lehmiller, selected his sample. He also doesn’t tell us what the actual numerical differences were, between Republican and Democrat fantasies.

That’s why my heading includes the word “might”. Ordinarily I’d take the whole thing with a grain of salt, but I’m prepared to at least discuss it because it falls into the category of “possibly suss research that happens to fit in with my own anecdotal experience”. 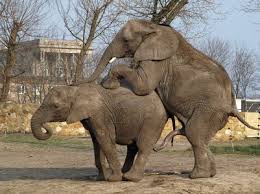 Anyway, Lehmiller’s explanation for the difference he claims to have found is  the attraction of “taboo.” Republicans are big on “family values”, so non-monogamy is forbidden and hot, for them.

Democrats believe in equality so the inequality of dominant/submissive roles is forbidden and hot for them.

I don’t think that’s it. 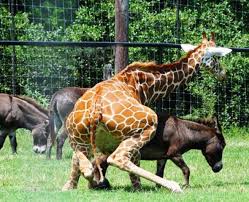 Anarcho-syndicalist giraffes are way sexier than either donkeys or elephants.