Telling Diane that I wasn’t going to spank her wasn’t reassuring. I hadn’t meant it to be. I wanted her to think about the length of whippy ash-switch in my hand.

Diane had her left cheek pressed against the bark of the ash tree she was clasping. She muttered, “Oh. Awffuck.” 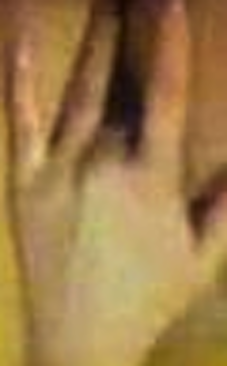 But that wasn’t in response to what I’d said, or even the fact that the switch had just missed the backs of her legs by centimetres. It was because I’d slipped my fingers just out of her, to rub her lips, finding her clitoris alert and taking an interest, and giving it a little smack.  Her hips jerked forward, and back, while I stroked her. The little moan had come when I slipped my fingers back into the warmth and wet.

She said “awffuck”, again. It was a reasonable thing for a vampire gothgirl to say. If she was wearing only a shirt. And that shirt was tied above her waist. And she was pressing herself against an ash tree in her local park. And she was being masturbated. Pale in the pale moonlight.

Diane was happy. So was I, but I’d started to wonder if I was doing the right thing. The switch in my hand, brushing just past her skin, promising her a different kind of bite later: I was certain that this was part of why this was hot for her as well as me. She had some expectations of what was coming, and those thoughts were helping to keep her wet, and her bottom arched. I’d already imagined her white skin streaked with red, and her body jerking and rolling, and the little noises she’d make at first, and the louder noises she’d make later. And so I was hard, and I was ready to push her to the ground, switching and fucking her, mercilessly, there and then.

On the other hand, generally I believed that before I so much as smacked a woman’s bottom we should have talked about it first. And we shouldn’t begin the talking in the heat of the moment but beforehand, to make sure I had not just desire and consent but considered consent. 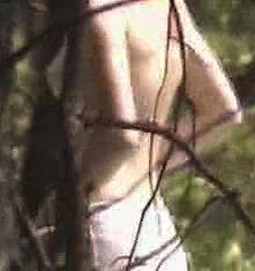 “What you say? What rules?”

I eased my fingers slowly out of her, and held them, slippery, to Diane’s mouth. She put her tongue out to lick them.

I said, “Exactly. What rules?” and smacked her bottom sharply, as never happens to real vampires, and as ethical doms never do without prior discussion. Diane opened her mouth properly for me. She sucked on my fingers, hard, with a lot of tongue.

It was an invitation, but I wasn’t sure I should trust her with my cock in her mouth.

I leaned close, my face to hers, and let the switch touch her bottom, press against her skin. I whispered, “I’m going to whip you.” Diane nipped very lightly on my fingers, then licked them better. “Whip you until … what happens, Diane?”