So I’d told the girl in Rome – let’s call her Gemma – about my encounter in the tatty Edinburgh sex shop, where they’d had no tawses and been bovinely smug about it. I told her mainly because it was a funny story, but I also thought it might give her something to think about, in between bouts of wondering about how it would feel to have a cock in her ass for the first time.

This made no sense at all, I did know that, but human things quite often don’t make such sense. I hoped it would break up her occasional panics about the buggery, and possibly even become a nice warm, sexy train of thought.

A woman who likes to feel surrendered can’t feel much more surrendered than when she has a smacked arse and a man’s cock firm and firmly in place. So it hurts, but there’s comfort in that.

Anyway, I hoped that the tawse story might give her something to think about, and that among the protests there’d be the occasional long moments of wet-fingered female reverie.

The day after I sent the tawse story, Gemma wrote back. 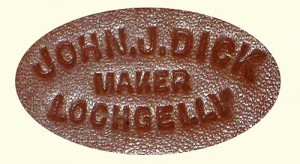 “I don’t know what on earth you would want a tawse for, but I expect that you’d want the best if you’re going to have one at all. The best tawses, which are not only authentic in appearance but are actually made by the company that traditionally used to supply real cowhide tawses to Scottish and English schools, is John Dicks of Lochgelly. They’re expensive, but they certainly are the real thing.”