In Edinburgh I did my book shopping first. Although antiquarian bookshops are sometimes run by incredibly old men who dress as Dickens characters, as seen in movies, there are also the women who spent their university years as LUGs (lesbians until graduation), majoring in English and sociology, who finished up slightly puzzled in the book trade.

They can get purse-lipped about customers browsing for David Hume first editions while carrying an instrument of discipline which, since his haircut’s so bad he must be heterosexual, must be for use on the bodies of young women. 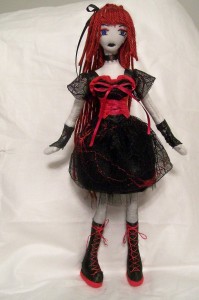 But when I finally got there I was met by a couple of blow-up sex dolls on the stairs, tethered but swaying gently in the wind, one dressed as a nurse and the other as a policewoman. They didn’t look very Goth. 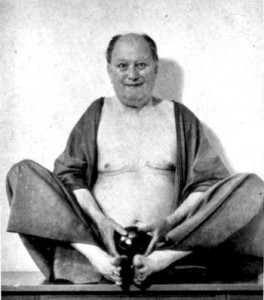 The later, fatter Aleister, holding something to his groin.

There was no-one guarding this treasure. But eventually I heard sighing from beyond the fly-strip doorway that led into the back-of-shop area, so I waited. It took about a minute before the flystrips parted for an enormous stomach in a stripey caftan.

The man behind the stomach got himself fully into the room, looking just like the offspring you might expect if Aleister Crowley, in his fat-Elvis period, had had sex with Keith Richards’s liver. He said, “Hrrrrr?”

“Um, hi. I was under the impression this place was run by Goths. And you had fetish gear? The internet said so. But, well, something’s happened to them, hasn’t it?”

“Och, aye, yerr. There were some young people here, a while, bout a while back. Oh aye, they were very strange, yerr.”

“Yes. I bet. Anyway I see they left some stock behind. I was hoping you might have a tawse for sale.” 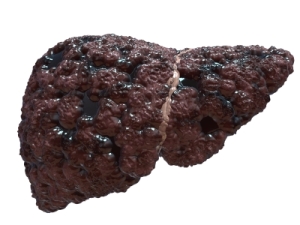 “Like a leather strap. Long piece of leather, fairly stiff. Split at one end.”

He frowned, not getting me.

“It’s an instrument of discipline. They were used in schools. You know. Here. In Scotland.”

“Ah. Yesss, they did leave a few things like that behind when they – When they … Excuse me.”

I never did find out what happened to the Goths. A few minutes later he parted the flystrips again, and put something on the counter. “They left a tawse indeed.”

We looked at it, both of us disapproving, if for different reasons. It was a leather thing, half-way between a paddle and a strap, about a foot long. It was split at the end into two little leather tags, side by side, vaguely resembling hands. It wanted to be a cheerful, ingratiating, little party thing. “So will ye be taking the tawse?”