From my earliest childhood, my parents taught me that pretty much the worst thing a male person, a boy or man, can do is hit a girl, or woman.

I remember there being a tremendous fuss when I was about five. There was a kids’  baseball game, and an argument between some girl and me about whose turn it was to bat. I can’t remember who was right: probably neither of us. We were just bored.

Anyway, she had height, age and weight on me, so she grabbed the bat and punched me. I took a couple of seconds to review what my parents had told me about the girl-hitting question, and I decided that there had to be an exception in which a boy can honourably punch a girl who’s bigger than him and punched him first. So, after a five-second pause, I hit her back.

I think it’s basically a good rule, and I’d teach it to any chidden I may have. Including making the “no exceptions” part clear from the start.

It sounds unfair, but it’s not. There’s some statistical evidence that women may assault men nearly as often as men assault women, but the question isn’t which gender is more virtuous. The issue is which gender can do real damage to the other. 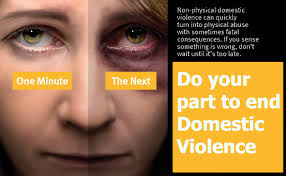 A man who fights a woman, and gets angry and loses control can put her into hospital just with his fists. In general a woman can’t do much harm, unless she’s had special training or has a weapon. Hospital statistics confirm this. Men put lots of women into hospital, and women put very few men into hospital.

So my advice to any male child learning these rules would be, if a girl hits you, tell her she shouldn’t because you’re not supposed to hit her back. If she persists, leave her and tell a teacher. Schools are supposed to provide a place without violence. If the school thinks that’s a problem and it shouldn’t or can’t be violence-free, then call me, and we’ll show them what a real problem is like.

When you’re an adult, and a woman gets so angry with you that she gets out-of-control violent, leave. There’s nothing good you can achieve by staying. No words you say, no “restraining her”, will have any good effect. If you stay it’s going to escalate, and you’ll get angry too. If you get angry enough you’ll harm her. You won’t forgive yourself for that, and you’ll be in a mess of legal trouble. So: leave. Talk later, like the next morning.

So: yeah, I think my parents’ rule is generally a good one: never hit a woman, and there are no exceptions.

Trouble is, it made it very difficult to be a dom.