I was at a party with a lot of people who could be called queer. There were gays, and lesbians, some transgender people, there were people from the local sex workers’ union (because it was a party; they weren’t working), people wearing nothing but ropes and duct tape, there were perverts like me, there were lots of academic sex researchers, and so on.

I said “no less feminist”: I mean, that’s if they choose to identify with feminism. Most but not all submissives I’ve known do identify themselves as feminists, but I’ve also known submissives who despise feminism, and submissives who see it as politics and Just Don’t Have Any Fucks to Give. But being a feminist and being a submissive are both choices that people can make, and plenty of women and men choose both. 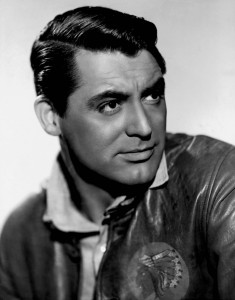 Old Bum-chin says, “Never hit a submissive. Unless she doesn’t do as she’s told.”

So I said, in my best Cary Grant voice, “Well, personally, I get off on telling women what to do, and hitting them if they disobey.”

Of course, that’s true, in a way, though it doesn’t represent all the things I like, or the warm and loving context I prefer to have the dark deeds embedded in. But it was a parody answer, with a bit of transgression thrown in, and I thought it was mildly funny.