Ojastara spent the night in the swamp. The swamp was affectionate but, by four in the morning, a little colder than was strictly comfortable.

In the morning, when the sun had warmed and woken it, she let the swamp feel her gratitude and affection, but told it she had to go. The swamp was reluctant for a few seconds, and Ojastara worried momentarily that it intended to hold her by force. But it relented and she sensed it returning her affection. A section of the mud beneath her swelled and then carried her, bouyant, back to the point where she’d stepped in.

The foxes – those miscreants who had fought over and shredded her dress – were waiting for her. Ojastara considered picking up a stick to beat them off, but the alpha female whined and then licked her hand, so she knew she had nothing to fear.

She resumed her walk, naked, the foxes forming a guard of honour behind her. At last she came to a wall. It was brick and stucco, and higher than she could climb. Ojastara pursed her lips (one of the foxes swooned at this sight and had to be re-awakened by its mother), and decided to follow the wall until she found a collapsed section or an entrance.

The wall seemed to be ancient, but it also turned out to be well maintained. There was no tree that she could climb and drop down to the other side, no ivy to clamber up, and no gaps. At last she came to a gate. A young man stepped out as she approached, with a longbow and arrows. He said, “Welcome, naked lady, to Waldenbereich.”

Ojastara said, “The name means as little to me as if I were a tree. Or swamp. But thank you for your welcome. May I pass through your gate?” 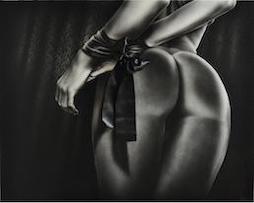 The young man smiled contemptuously. “You now have the right to do as you’re told, no more than that. Step forward, please, with your hands together behind your back. I can’t add you to my family, but it will do me no harm to give the Landgraf a gift.”

One of the foxes growled, and the young man nocked an arrow to his bow. “If you don’t want your pet to die, tell it to relax.”

Ojastara signalled to the fox to stay back. She stepped forward, unafraid, with her hands behind her back as ordered. Swiftly, skilfully, the young man tied her hands, and used a spare bowstring to make a slip-knotted leash on her neck.

He tugged, wordlessly, and she followed. Befhind her, foxes growled.

1 thought on “The Ojastara Tales: Tale the Second”