Rupert wrested with his penis, which merely rested. Cialis, Viagra, the other bureau supplies for ageing men: they’d all long since lost their effect. Not even images of owning Sky could raise his heartbeat or his organ. “Ah, fuck it,” he murmured disgustedly.

But fuck it, or anything, was precisely what he couldn’t do. Even the spirit was weak.

He hated that time of the month, marked on the fridge calendar with a big red lipsticked heart. It was time for coitus with his married cohabitant. Damn the woman! 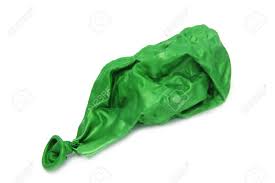 I’m sorry to let you down

But she’d threatened to leave him for Ted Turner if he continued to disappoint her. At least Teddy can still get it up, she’d said coldly. He remembered that eight decades ago, before his soul crinkled up and died, that could have hurt.

He closed his eyes, imagining the Trump offspring spooning glistening, firm, proud, gold coins into their orifices. But this vision, too, failed to move him.

It failed, indeed, to move a single CC of blood into that damned flaccid snake, that deflated balloon, that powerless power cord in his hand.

And she was saying, “Well? I’m waiting,” in that damned tone of voice that reminded him she still had Turner on speed-dial. Did the bloody woman think that helped? 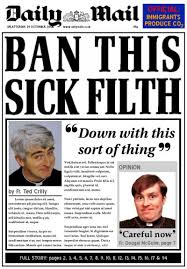 “I think you’ll like it. We’re accused him of running a weird sex thing at Glastonbury. Still dotting the tease and crossing the eyes on the text, but the headline’s going to be ‘Daddy School: Corbyn’s Sick Terrorist Sexathon.”

“Terrorist? No, sounds great, mate. Anyway, cobber, I’ve got a bit of woman trouble. Can you get up here now?”

“Anything for you, Rupe.”

Minutes later Nethers was there. He knelt while Rupert fished his cold whitebait out of his trousers.

The mogul’s penis was straight and true, though no longer capable of leaning to the right. It pointed carpetwards, a pendulum that never swived nor swung. But as long as the tape held…

A quick kiss, as of the Pope’s ring, and the job of a News Corp editor was done. Still on his knees, Nethers whacked his boss familiarly on the bum, as Man to Man. “You’re good to go, boss. Get in there!”

“Thanks, Withered.” Rupert walked with swagger back to the bedroom. Still, doubts assailed him.

Internet censorship is heavily promoted by Newscorp, who rightly see the internet as a threat both to their income and their shrivelled but still substantial political power.

By the way, I do know that News Corp doesn’t actually own the Daily Mail. I just thought the image was cool, and this is Smutathon! I don’t have time to photoshop!

Tell you what, though. I’ll try to make the next one actually sexy.

What I’d like you lovely, lively people to do, please is go here, and support Smutathon with your donation.

18 thoughts on “Smutathon 2: Reasons not to work for News Corpse”