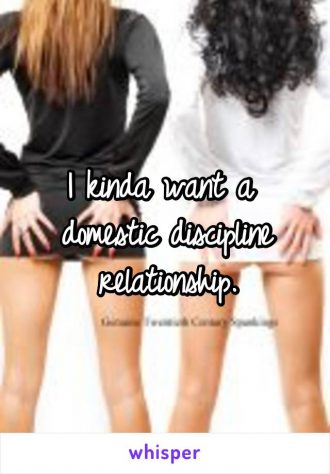 There’s a knowing tone to a lot of “domestic discipline literature. For some of the women, at least, it’s about the sex

Many of those sects explicitly endorse non-consenting, or at best semi-consenting (where the woman consents to the relationship and its terms, but has little choice if she wishes to remain in the culture she was brought up in), physical violence under the name “domestic discipline”.

“Domestic discipline” is a movement, again mainly in the US, in which women, again mostly Christian, accept their male partner’s right to spank them, or use harsher discipline methods involving belts or paddles. It’s a more complex movement than it may seem.

The movement includes relationships in which the woman really is consenting, and enjoying being a submissive woman under her partner’s discipline. Women writing about their disciplinary experiences (which may include some pure fantasy), make it clear that they take their “discipline” as sexual and both partners enjoy it on those terms.

In other cases it’s clear that the men in these sects have used the Bible verses that insist on the subservience of women to men, and are working out their own desires on non-consenting women, who are beaten and are largely unable to escape. Those men may be driven by the desires that drive on bullies, and not necessarily by any sexual enjoyment of the beatings they hand out. 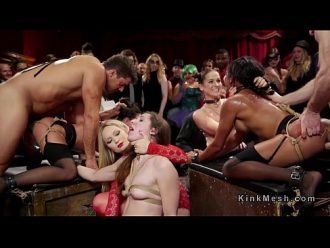 People may have complex preferences: a bisexual woman may take either a dominant or submissive role when she is with a woman but take only the dominant role when she is with a man. A man may switch with women but prefer to be submissive when with men. There is a kaleidoscopic array of possible combinations, in which the individual figures refuse to keep still to be counted.

The argument demonises a lot of human interaction that the people involved enjoy, and casts women as perpetual and permanent victims regardless of how they perceive their own relationships. It allows no improvement, except by the replacement of the human species by another, gentler, and perhaps duller species that does not currently seem to exist.