It wasn’t a great room. For one thing, there was a blood spray on the wall, I assume from a hypo. No one had bothered to clean it up. I’d thought it was depressing, but though it was dried and brown I wasn’t game to clean it off either.

I’d borrowed masking tape from the reception desk and covered it with a print of Botticelli’s Primavera I’d cut from a magazine. One day someone would rip that down and be confronted with the blood, and the propinquity of human-created beauty and ugliness. 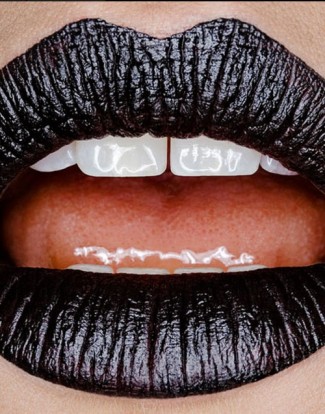 Well, Senemelia was close to me, and she was human beauty. She was about a head shorter than me. Her hair was crinkly, more Melanesian than Polynesian, and cut short so it looked like a cap. Her eyes were large, brown and round, and her nose was snubbed; her mouth was plump, and mauve, though her bottom lip was pink at the centre. The pink area shone, wet from her tongue.

She watched me as closely as I studied her. I hoped she thought I was acceptable. It occurred to me that she could be as uncertain as me, and more so. I kissed that mouth, thinking it looked like a bruised flower.

She didn’t kiss me back, That is, she opened her mouth and put her arms around me. But although I held the kiss for a long time, she didn’t do any of the things girls and I had done with our tongues when we’re kissing for the first time and we want to make a good impression. I touched just inside her top teeth, experimentally, and she seemed surprised. So that wasn’t a Polynesian custom.

I’d spent time puzzling rather than exciting her. Maybe. Anyway, praise had to be a universal taste. I slipped my hands down inside that spangly skirt again, to enjoy her ass and haul her in tighter. I said, “I love your mouth. It’s beautiful.”

Senemelia smiled, but said nothing. She leaned her forehead forward so it rested against my chin. After a while she chuckled. I said, “What?”

She touched the head of my cock. Skin to skin. I looked down. It’d emerged, erect, and pushed its way partly over my belt, looking like an angry pink fish. I said “Oh.”