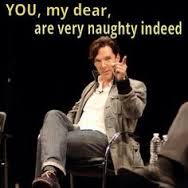 I know a disturbing number of women who want to be spanked by Benedict Cumberbatch.

I suppose there are real girls who are really still at school who fantasise about being spanked by a particular teacher, or maybe, oh, Niall Horan out of One Direction. So that’s a schoolgirl’s spanking fantasy. But it’s a different thing, really.

A guy on the train who spends his time looking at the knees of actual schoolgirls, hoping for a flash of knicker, is also something else. If the girls notice him, they’re likely to call him a pedophile.

According to the clinical definition, he probably isn’t. To get an age-related “-phile” attached to him, in clinical terms, he’d have to be exclusively or at least mainly attracted to people that age, when he might actually perve at anything female.

Even if he’s attracted to high school girls in particular, so his primary or exclusive preference is for girls in early to mid pubescence, say 12 to 16, then clinically speaking he should be called a hebephile, not a paedophile. 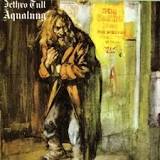 On the other hand, the language has moved on, and it didn’t consult a clinician. If he’s staring at real schoolgirls with, as Jethro Tull put it, “bad intent”, then he’s going to be called a pedophile.

Whereas the schoolgirl spanking fantasy isn’t about the age of the participants. Well, it is in a way, but it’s not about the girl’s pubescence being fetishised.

Instead, the “schoolgirl” of that fantasy is usually young but clearly post-pubertal. In stories she tends to be somewhere from around 18 to around 24, say.

At 18, most young people have left high school, which illustrates how little the schoolgirl fantasy has to do with the real world. Though to feature a 23 year old schoolgirl, the story usually adds a line somewhere about the school being one that takes in students who left school earlier and are now returning to complete their diploma, or O levels or whatever it might be.

What’s significant isn’t the age of the schoolgirl, but the assumption that the teacher character is older, more experienced and obviously more powerful than the schoolgirl character. The “schoolgirl” is in a situation that’s generally seen as benign – what can be better for you than school? – but in which she’s actually utterly powerless, and subject to painful, humiliating and exciting sexual trials according to the whims of her teachers, and the creativity of the author.

The fantasy isn’t about age: it’s about power.

(By the way, the “Cindy” that this story is written for and about is in her 30s.)