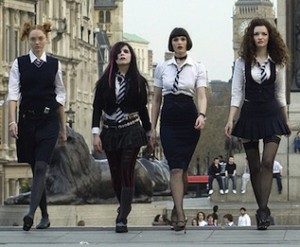 Caution: This image may may not contain actual schoolgirls

I think that the reason people often give for that unease is that it eroticises young girls, and shows them having sexual things done to them in ways that would be evil if they happened in reality.

(When I mention age of consent laws, I’m assuming an age that’s usually 16 or 18. I’m not talking about Islamic and tribal states. There are no age of consent laws in Saudi Arabia, for example, because Islamic sources say that Muhummad, of founding-Islam fame, married a six year old girl when he was in his 50s, and commenced raping her when she was nine. Moreover, Muhummad is supposed to be the perfect human being whose conduct and example cannot be criticised.

So a law against child marriage is a law saying that Muhummad’s example should not be followed, and many powerful Islamic clerics oppose that sort of thing. But that’s a big and horrible topic, and this isn’t the place.)

However, I don’t think that the age issue is the most serious source of discomfort with the naughty-schoolgirl/bad teacher fantasy. The schoolgirl is usually imagined as over 18, with nothing odd about her being sexually active. 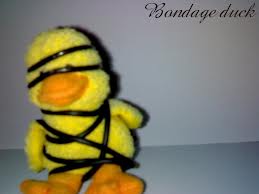 I think that’s the real case against.