I had a French maid once. I mean, there was a maid who cleaned the apartment I was staying in, in Paris. The really surprising thing was that she wasn’t required to wear a little black dress with a dinky white apron, and totter about in ankle-breaking heels with a feather duster, saying, “Oo la la.”

Actually she was a reasonably attractive woman who wore flat sensible shoes, with a blue industrial smock and hairnet. She carried a bucket of cleaning stuff and a vacuum cleaner.

First point is: real women aren’t and shouldn’t be obliged by their employers to live up to a sexual stereotype.

Second point is: Fifi the French maid is a fun stereotype – or archetype, if you’re feeling grand – and long may she continue to make woebegone faces when Sir Stephen announces, over and over, forever, “Fifi, je te donnerais une grande fessée.” The stereotype will survive, and people will have fun and orgasms with it, even if real French maids don’t dress that way any more.

Similarly, it’s long past time to abolish school uniforms. A girl shouldn’t have to wear a flappy pleated skirt and the rest of the outfit as the price of getting an education. The standard school uniforms for both sexes were designed, I suspect, to emphasise powerlessness and the lack of adult status, and therefore to make school students more tractable in classroom settings.

When schools decided to put girls into a short, flappy costume designed to emphasise powerlessness, it’s not really surprising that that costume attracted a certain amount of sexual attention. But there’s no reason why actual girls who go to school should be made to wear the thing.

There’s evidence that you get better young adult behaviour out of school students if you let them dress like young adults. 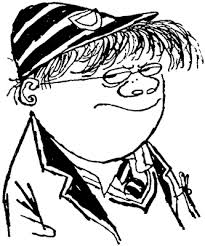 It’s not only girls: boys shouldn’t have to wear grey serge shorts, either, but the boy uniforms are just ugly, rather than being a sexual fetish costume. Yeah, I know that there are people who have a bit of a thing for dressing their lovers, of either sex, in male school uniforms, and I salute their gender-fucking imagination. But it’s less common, so it hasn’t become a sexual stereotype.

But the girl school uniform is a sexual fetish costume, and parents and school governors know it. So they need to stop forcing girls to wear it if they don’t want to.