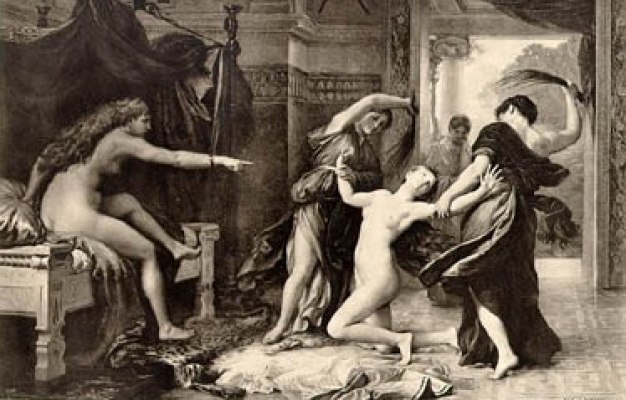 When a Greek myth has someone being whipped, is it sexual?

There’s a lot of symbolism going on in this “myth”, which like a lot of myths may have been invented relatively recently as a literary concoction. That is, it dates back to Apuleius’s novel The Golden Ass, written in the second century CE, rather than from time immemorial like, say, the myth of the great war between the Olympian gods and the Titans.

The reason I think the whipping is sexual, in its place in the book, is that Apuleius is very aware of different strands of sexuality, including “sadism”.

I guess the central thread of the symbolism is that we all hope that Psyche, or “mind”, has some effect on our lusts and loves.

At other times, some of us want to be whipped and hurt and to sacrifice ourselves and suffer physically for our love. Which Psyche manages to do. And survive and find happiness.

The artist, François Boucher, was rumoured to be an admirer of whipped female skin, and his wife to be a participant in his pleasures. There are questions we ask about relationships and consent these days that simply weren’t asked in the eighteenth century, so we don’t know if Mme Boucher enjoyed those sessions. We can only hope she did.