“What, you’re saying you didn’t plant that dope on Ana? Bullshit.”

“And you think that if you act me some disbelief, that’s going to make me think you didn’t? That’s bullshit.”

“Oh, come on. It was you. I know it and you have to know it. But if it wasn’t you, that’d at least make it interesting. So we’ll pretend it wasn’t you and see where it goes. Well, it wasn’t Ana. Jane Siebel and I both saw that gap in the floorboards and there was nothing in there. The same day you found it there. Ana couldn’t have put anything there because she was at Kempff, Hsang and Cowper before Jane and I went to Ana’s place. There were people at Kempff’s watching her all afternoon.”

“Yeah. But she could’ve called someone, got them to do it for her.” 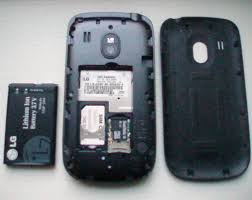 “I thought you might be monitoring her phone. So I made her take the battery out straight after she called me. So you couldn’t track her. And when she got to Kempff’s they took her phone off her. She couldn’t use her phone, and she never used theirs.”

Curnow nodded. “Yeah. Okay. Yeah, that figures. That leaves you, then.”

“Crap. It leaves you. I’m glad we’re getting on and all, but, you know, you’re a crook. Right? You’ve planted drugs on people before. You threatened to rape Ana. And you needed to get leverage on her Dad. Of course you planted the dope. What’s this even about?”

“I found those fucking drugs in that bitch’s floor. I know I didn’t put them there. Look, I said tidying up after killing you would be too much like work, because you’ve got stuff that points to me stashed all over the place.”

“With different people. You’d never get all of it before they started looking for you.” I hadn’t done anything like that. So long as he thought I would have, it didn’t matter.

“Let’s say. But d’you think you could protect Ana from me, if you piss me off more than you’re doing right now? Jane Siebel? Your Mom?”

Cops and probation officers often deal with the aftermath, when someone insults someone’s mother. It’s a matter of honour to go insane with rage. It always seemed a bit silly. “Ah, you don’t want to kill my Mom. It’d just be embarrassing, know what I mean?”

“Huhn.” He looked at me, not liking what he saw. “Horseshit. It wouldn’t be embarrassing. You want me to explain death to you? You want to have to explain it to your family? Stop pretending you’re not scared; you’re shit at it. Convince me that you didn’t put that dope there. Or else admit that you did.”

“Okay. Well, I can’t admit that I put it there, because I didn’t.” Then I thought about it. “Actually, I don’t think I can prove that, though. I’ve got nothing.”