I’ve always thought the word “panties” is kind of awkward. 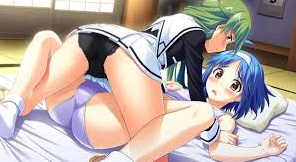 If you’d asked me why it’s awkward, a few years ago, I’d have given a vaguely feminist answer: that it’s a word for the female equivalent of a male piece of clothing that shows that it’s the female version by adding a diminutive. The diminutive form means that the women’s item is more childish and more frivolous than the male equivalent. So I’d have questioned it for the same sort of reasons that I’d question the word “actress”. Or “poetess”.

But that’s not quite the problem, I think.

Ah hell, I’m out of time again. Duties call. This blog is still alive, really, and so’s its writer. I’ll be back shortly.