I looked at Svitlana, standing in the corridor. She was bratting me. 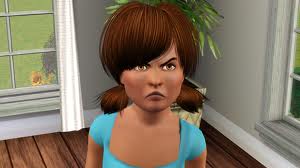 Usually, if a woman says to me something like, “Make me,” it’s because she knows me and I know her. I know what she’d want to happen, and I’d know the sort of things she wouldn’t like me to do. I’d know that the bratting was an invitation. Though “invitation” isn’t really the word. It’s a demand.

But I’d met Svitlana for the first time that evening. We’d talked a bit at the dinner but never one to one. We’d noticed each other because of my choice of music and her reaction to it, but all the rest had been eye contact. Once she’d come back we’d moved straight to lust.

I’d had too many nights where you sit on pillows first, before you reach for each other, and you talk about your lives and politics and cats on the internet and stuff into three in the morning, and the wine is sour and you shouldn’t have poured that last glass, and when you go to bed together you’re tired, a bit grumpy, the hangover is starting to announce itself, and you realise you should have started fucking hours ago. So I’d got my hands under her jerseys, and onto her breasts, as fast as reasonably possible.

But that meant I didn’t know her well enough for this.

She might have been doing something playful and sexy in my corridor, and the right response might be to stride over, say, “Come! To!  Bed!”

And pull her skirt up and tug her knickers out of the way after a few smacks so that my hand clapped her bare skin. And pull her into my room with my thumb and forefinger pinching her ear so she had to stoop and stumble to do as she was told.

I’d push her onto the bed, and if she landed invitingly and stayed in position I could be in her before I’d finished pulling her clothes off.

I always enjoyed that game, and it seemed to be along the lines of what she wanted. But she was a stranger. If she said, “what the fuck are you doing?” or “stop that!”, sounding alarmed, that would be bad. I’d stop and apologise, of course. But if you’re wrong about that sort of thing, then you’re very wrong.