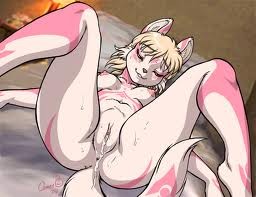 I relaxed my grip on Svitlana’s cunt, then squeezed again. She repeated the movement more spectacularly. She bent her knees so she could splay her thighs as wide as she could, offering up her cunt and the tight little hole below. She was a big white cat, absolutely not interested in most things, and wanting to be fucked.

When she opened her eyes again I smiled at her. “Would you like my fingers back, Svitlana? Inside you?”

Her first attempt to speak was just a croak. Then she said, “Please. Yes. Please.”

“Then pay attention, and I might put them back later.”

She said, “ohhhh.” It was a protest. She wasn’t being given what she wanted. It was a small lesson.

“So it’s like we’re going on a roller coaster. Once you’re on, it takes you for a ride and you don’t get to steer. There’s one difference. You get to have your own personal brake. You can tell me to go slow, or back off, or stop completely. So, if I’m doing something that makes you uncomfortable, maybe it hurts in a non-sexy way or it’s got bad associations for you, but you’re still basically happy and you don’t want to stop, just say ‘yellow’. When you say ‘yellow’, I back off what I’m doing and move on to something else. Got that? ‘Yellow.'”

“Ummm. Yeah, okay. And it doesn’t matter if you forget the exact words. Just let me know if you’re not having a good time. Okay?”

“I know about safe words. I’ve just never needed one before.” She frowned, remembering something. “Been given one, anyway.”

I let that pass, though I’d ask her about it later. “Good. Now, I told you to listen to me, and you did. So you get a reward.” I relaxed my grip on her labia, and stroked down the sensitive groove where her lips met. There was leakage. Svitlana was very wet.