Amy, still in the broom closet, my cock still in her, said, again, “Idiot.” But her tone was affectionate. It was, apparently, cute to be a jealous dickhead. Conditions probably applied, but this time I was being allowed to get away with it.

She reached back and dislodged my cock from its immensely comfortable place. She bounced on her toes, getting her knickers back in place and her dress down to cover her ass. So I dropped the condom in the pail and put my cock back into my pants and zipped up. Amy straightened, grabbed at the shelf above us for balance, and turned to kiss me. There was a sound from above. 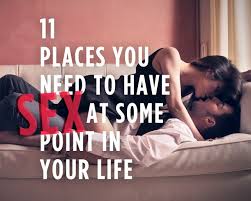 Bad advice, as always from these things. I’m here to tell you: you don’t need to have sex in a closet.

I kissed her. We kissed. She said, “You’re my idiot.” Something heavy wobbled on that shelf above our heads. I heard it fall on its side, then roll, then nothing more.

I pushed Amy against the back wall of the closet for safety, and tried to duck whatever was coming down.

My sudden movement pushed the closet door open, and I toppled, clutching Amy, and anything else I could grab hold of, trying to stop my fall. So my fall became our fall.

Suddenly we were on the gallery floor, in a confused pile with brooms and mops and coats and mobcaps, and Amy’s body and mine. And the rusted tin of paint thinner that had tried to brain me. I looked up, confused and aggrieved by life, and a second later light exploded.

Flawed, me. And floored.

Someone, no, several people, were taking photos. Amy was turned away, looking for her shoes.

So it was portrait of me, bewildered and resentful, with Amy’s hair and most of her legs visible. But I hadn’t thought about the media yet.

Instead I found I was staring up into the eyes of the gallery’s guest of honour, Rico, the Minister for the Arts. Rico was in the Lega Nord, and a fascist in the seldom-used literal sense of the word.

He looked down on us, aghast. He thought this was done deliberately to humiliate him. He shouted, “tu puttana!” He meant Amy was a whore. Sexual insults directed at women were always ready to hand.

It took a few seconds’ thought to come up with something for me. “Tu malvagio disgustoso! Morta cristo ebreo!” I was surprised. I didn’t think I looked especially Jewish. But I suppose anyone who made him angry gained honorary Jewish status. 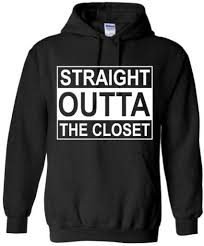 Frankly, I’d rather fuck in Compton

So the cameras switched from me to Rico. He was still shouting at us. Although there was a moment when he paused, realizing that his bizarre antisemitism was going to be get him bad headlines. All the bad headlines.

Instead he shouted that we were foul, disgusting sexual degenerates, and how dare we fuck, fuck of all things, in this sacred place for the arts!

I looked up at him. Amy was still dazed by the fall. I shouted, “We weren’t fucking!” The lie absolute. I decided to go for the lie surreal. “This is art! Performance Art, you fucking moron!