I picked up Mikey, with a minimum of fuss, from the park where he’d been hiding. He seemed to think there was a crowd after him with pitchforks and flaming torches, but all I saw was an empty park. I did believe there were thuggy guys looking for him, but they were elsewhere. 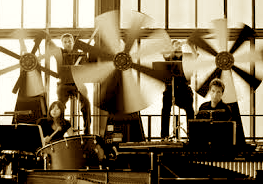 When he jumped in the passenger seat I took The Low Anthem’s Oh My God, Charlie Darwin! off the car stereo and switched to George Antheil’s Ballet Mécanique.

That was even crueller than the diet of Schnittke and Schoenberg I’d served him on the drive up to this town. I like a lot of George Antheil, but the orchestra for Ballet Mécanique includes three aircraft propellors.

Antheil’s an interesting guy, by the way. As well as writing music he worked with Hedy Lamarr to invent spread spectrum electronic communications. 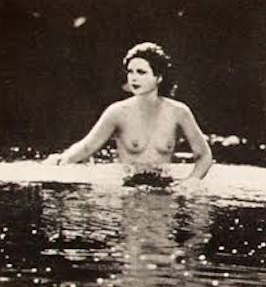 When he wasn’t hopping frequencies with Hedy Lamarr, he wrote an advice column called “Boy Advises Girl: A Column for Modern Women”.

After a while the “Boy Advises Girl” column started to focus on Antheill’s opinion that all single girls should be spanked, and on the problems of girls who went to nudist clubs in the San Francisco area and got spanked while they were there. Which must have been embarrassing for them.

We Are Everywhere, aren’t we?Presumably Antheill wrote the letters as well as his replies to them.

(Nathaniel West’s novel Miss Lonelyhearts was largely based on Antheill.) 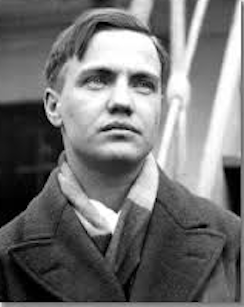 As you may have guessed, I’m talking about George Antheill because I don’t want to talk about Mikey. I didn’t want to talk to him either. So we were mostly silent, unlike the car stereo, till I got him home, where his new girlfriend was waiting for him. Then I went home himself.

I left it two days and called Qing. No answer. I tried her landline the next day, and someone picked it up and said, not friendlily, that she was out.

A few days later Mikey told me the woman he’d dumped, post-coitally, was still pissed, and she’d made it unsafe for him to show his face in that town again.

The guy who’d brought him there, and then helped him to escape righteous vengeance – that would be me – wasn’t very popular either.

So I kept calling Qing for another week, but she never answered me, and she never called me back. Eventually I gave up.

I let my friendship with Mikey lapse, too. No drama and denunciations, but I’d had enough. I suppose I should have spent more time pining over Qing, but this is real life, and in real life there were other women, who weren’t over a hundred miles away, and other projects. So, undramatically, I moved on.