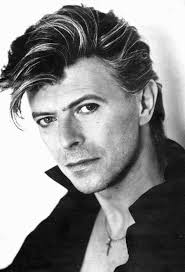 When I was a boy I was ridiculously serious. I only listened to classical music. I couldn’t dance, even badly, and I wasn’t big on small talk.

But one day I was at a party with two girls who knew me slightly from school. We hadn’t paid much attention to each other before, but because they thought I needed to learn some social skills they took over the stereo and played the Black Tie White Noise album, and showed me how to dance to it. Then they went on to Let’s Dance, and then mainlined with Hunky Dory. Swimming backwards, like the dolphins do, in time.

I couldn’t believe that it was all one guy. And I found it hard to believe that music that often seemed so sparse and simple could be so complex and interesting. I connected my arse to the bass lines, and learned to dance. And to be more playful. 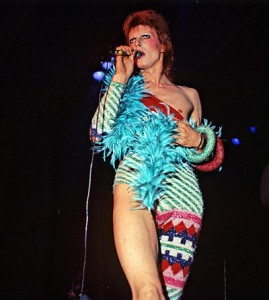 I tried to score with the two girls, but perhaps because this version of me was at least partly their creation, it didn’t have any power on them. They turned me down.

But afterwards and for the rest of my life I had more fun than I would have without Mr Bowie.

He changed so many lives in so many ways.

That influence he had on me was relatively minor, compared to the encouragement he gave to young men and women struggling with their sexual orientation. Bowie helped a good number of people to get past their culture’s shaming, express themselves, find reasons for optimism and avoid suicide. My sexual issue was more, “how do I manage being a dom and still retain any self-respect as a broadly pro-feminist man”, and that wasn’t a question Bowie addressed much. Except indirectly, with the implicit encouragement to celebrate being whatever the hell you are.

But making freaks and geeks, including me, feel happier about themselves is a huge legacy, and yet his music is a bigger one. My interest in Bowie’s music, from that time onwards, was major and passionate. I even like his Tin Machine period, though the later 1980s albums are too much, by which I mean too little, even for me.

Like a lot of great artists, he seems like he wouldn’t have been much fun to know personally, at least at his creative peak, though he seems to have mellowed a bit in his last years. That’s part of all human lives. 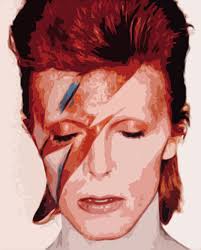 But I’m grateful he was here. And when I heard he’d died, about twenty minutes ago, I cried.

He had the knack, through his music, of making you feel that you knew him. It’s an odd kind of intimacy.

It’s an enormous loss, to so many of us. But his music and his fearless use of sexually ambiguous images were also an amazing gift to all of us. We were lucky to have him.