I hope you don’t mind, but I’m taking a short break from the Raylene saga. I’ve got another story I’ve been meaning to tell for a while. Seems that it’s time.

I once went to a party in a small town, held by a group of students from the local university, where I was made an odd sexual offer.

This town was in the high plains, so it was icy and snowy in winter, and clear and chill in the summer. It was a beautiful place, with forests, a river, and nearby mountains, but it was cold at the best of times.

The combination of small town and cold means that the students there don’t have a lot of entertainment options, and they spend a lot of time in bed to keep warm. So if one student suggests to another that they sleep together, that student has to be fairly repellent before they’ll be turned down.

The result is that by third year pretty much every student at that university has had sex with everyone in their faculty, at least the people that are even vaguely fuckable, and they’re starting to work on the more distant faculties. 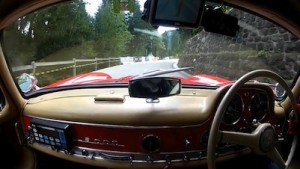 I came to the party – a trip of about 140 miles – because a friend had invited me. He, Mikey, wanted to spend the week-end fucking his  girlfriend before he dumped her. She was waiting for him to come and collect her, and she didn’t know about the new girl Mikey had found in my town.

I knew Mikey was a bit of a jerk, but I didn’t know any of that. Yet. Mikey had invited me because I had a car, so that if I went to this party I’d probably give him a lift there and back. That was his way of demanding a favor without having to acknowledge it, or me.

Still, I felt like a road trip, so I packed a spare shirt, a change of underpants and socks, and a toothbrush. And, after a pause while I thought about the odds, condoms.