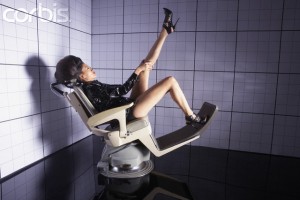 I was supplying champagne to a submissive girl, Felicia, the other day, One glass at a time. Anyway, she was telling me that she’d been to the dentist a couple of weeks ago, getting root canal work.

She was brave for – she felt  – the longest time, but eventually the dentist hit some obstruction and started to use real force. Deep inside her jawbone, it felt like.

So she suddenly said (with a mouthful of shrieking metal) what she usually said when pain got too much and stopped being fun. “Secret squirrel!”

The dentist stopped and looked at her, head tilted. “Oh, you’re one of those girls. Secret squirrel go a bit easier, or secret squirrel stop?”

“Secret squirrel back off a bit.” 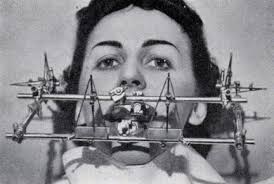 So they got back to root canal, and the dentist took more care and eventually it was done.

When she was paying the bill (which was at least as painful as the root canal), she asked, “So do you get safe worded a lot?”

“I guess they would. Well, thank you for being … merciful.”

And the dentist blushed.